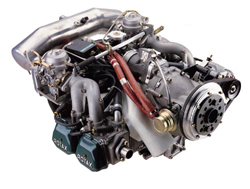 The ubiquitous Rotax 912 or 912S powers the majority of LSA (Jabiru and Continental have smaller slices of the market). But many general aviation mechanics and flight school operators have given the powerplant a bad rap. With education they may come to love the efficient engine as do many sport pilots.

As I’ve traveled for EAA approaching major flight schools to interest them in pursuing Sport Pilot training and using LSA, I’ve often heard one retort. These large general aviation schools — using Cessna, Piper, Diamond — say, “We’ve gotten poor reports about Rotax.” The problem appears to stem from Diamond’s original Katana powered by a 912 Rotax. While European A&P mechanics knew the engine, American maintenance people did not. Diamond didn’t fully train mechanics so they handled the engine incorrectly. Eventually, engine reliability suffered. Now, one of the country’s top sellers of Rotax engines aims to change that unfortunate perception through education. Former Cirrus executive, Dean Vogel, has teamed up with Phil Lockwood to form the Aero Technical Institute (ATI). They’ll start May 25-26 offering training sessions on Rotax powerplants. Courses will be at Lockwood‘s sprawling operation at the Sebring airport and perhaps ATI will travel to A&Ps later. As the GA community learns more about Rotax maintenance, I hope their attitude will change. Hopefully it’ll be ATI to the rescue!