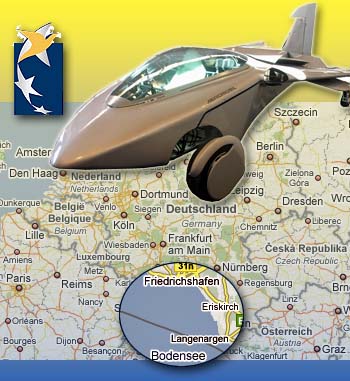 Could I possibly write about more boring stuff? Not many readers want to hear the details of how aircraft are certified. But here’s why it matters: If enough countries accept the same standards, it gives a greater market to producers, which may bring either new aircraft or new features on existing aircraft — or it may bring lower prices… or both. Cool new airplanes or new features and lower costs are of interest to most pilots.

I went to Friedrichshafen, Germany — where the Aero show is held — to attend ASTM meetings and we had regulators in attendance from China, England, New Zealand, and the European Union. Since we were in Germany the attention was naturally on Europe’s EASA (logo on photo) and its rather deliberate moves toward accepting ASTM standards.

Notably, the two representatives from China seem to think ASTM could be adapted in their country and progress may come sooner than later. India is also weighing acceptance of ASTM standards. Combined, these two countries represent one third of the Earth’s population. Admittedly both have tiny or non-existent recreational pilot populations today but that is predicted to change and the ramifications could be enormous… potentially far overshadowing the effect of European acceptance.

Does it all sound more interesting now? You decide, but anything that enlarges the market might make for a healthier future for LSA and cooler airplanes for you.