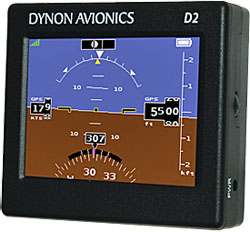 Dynon is introducing the next-generation D2, while maintaining availability of the D1. 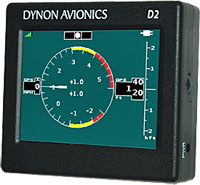 Want to see how turbulent that last bump was? D2 lets you check. 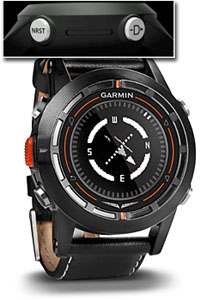 Garmin has a new and useful decoration for your wrist that is sure to cause envy among your pilot buddies. 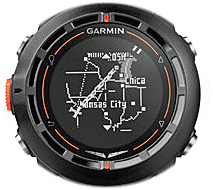 An amazing thing happened as we all prepared to go to AOPA last-ever annual show in the sprawling Dallas-Fort Worth metroplex. Two top suppliers to the LSA sector came out with products bearing almost the same name. However, they’re quite different, fun, and well, yes … surprisingly practical. So, are you D2? Even the Star Wars robot of a similar sounding name might have desired these gizmos, neither of which were remotely possible back in the late 1970s when that movie franchise began.

Dynon’s D2 — The maker of the ubiquitous SkyView glass panels installed in so many higher end LSA has a smaller product that sells well in the GA world, where non-certified equipment cannot be mounted with FAA approval. So, just stick a D1 to the windscreen and you get a mini-Dynon panel for your older, round-gauges aircraft. Now, Dynon has introduced the D2, a second model to what they call their “Pocket Panel product line.” D2 adds WiFi connectivity to allow flight data to be sent to iPad, smartphone, and tablet aviation applications, and has a second screen with a G-Meter (photo). D2’s G-Meter shows the current load factor shown by a needle, plus it records the minimum and maximum Gs since being last reset by the pilot. “WiFi connectivity allows attitude and GPS ground speed, altitude, Gs, and ground track to be sent from the D2 in real-time to an aviation application, which can then show that data on a flight information display,” according to company officials. D2 works with WingX Pro7, AOPA FlyQ, BendixKing myWingMan, and others.

“D1 and D2 both offer true artificial horizons with accurate pitch and roll, and can find the horizon even if turned on in flight,” Dynon said. The AHRS sensors also drive a turn rate indicator and slip/skid ball. Included is an internal GPS receiver to display GPS ground speed, altitude, vertical speed, and ground track. Each D1 and D2 have batteries that last more than four hours and they come with two portable mounting options. The first is a RAM suction cup mount, and the second is 3.125-inch portable “pinch” mount that allows the D1/D2 to be mounted in an empty existing instrument panel hole. D2 retails for $1,425, and the original D1 has a new lower price of $1,195. What an ingenious way to bring modern technology into the cockpit of your tried-and-true GA airplane.