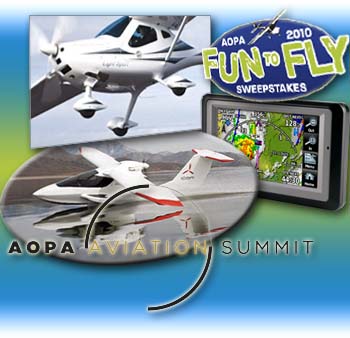 AOPA Summit 2009 — Light-Sport Aircraft felt the embrace of the world’s largest pilot’s association as AOPA deepened their commitment to the new sector. Remos GX is AOPA’s Fun to Fly Sweepstakes choice. Icon got center stage for 15 minutes of fame.