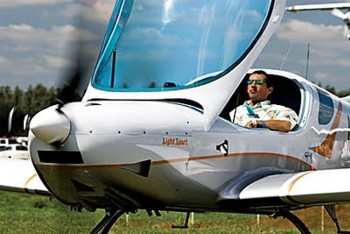 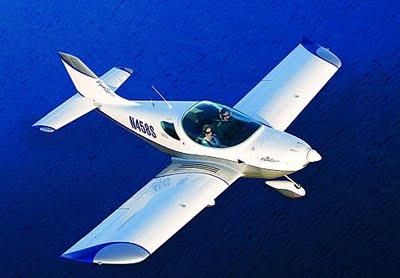 Charles Thomson sounds wise beyond his 21 years, all the better since he’s just started up a flight training operation at Santa Monica Airport (SMO) in the general aviation-dense L.A. Basin. *** Santa Monica Flyers is its moniker, and transplanted Brit and CFII Charlie seems ideally suited to the task of teaching people to fly…since he could easily have died himself in a recent training accident. *** “Starting a flight school came out of my anger and annoyance at my own student pilot experience. I found it too expensive, and during my Commercial check ride, a throttle linkage on the Cessna 172 broke. We were only 1000 feet up in this old airplane with steam gauges; the airplane’s horrible inside and out anyway, and then it breaks and tries to kill me! We had a bad crash.” *** “I feel that training in a Light Sport aircraft has got to be the future of flight training if general aviation is going anywhere. LSA training has to be cheaper, more fun, safer, nicer and it’s done in newer aircraft.” *** Now that Piper is marketing the PiperSport, its rebadged version of the popular SportCruiser, (Santa Monica Flyers trains in one), Thomson feels flight training will only improve. *** “It’s already been busier than I expected. People were champing at the bit to fly the SportCruiser. Once Piper announced, well, we were already ahead of the curve.” The SportCruiser is “a great little plane, I absolutely love it.” *** He’s hoping to become an official dealer for Piper in the area, and is glad the company will supply parts and maintenance for existing SportCruisers as well as the PiperSport. *** “Santa Monica Flyers is my first business. I wrote letters to every SportCruiser owner in America. The volume of responses was astounding! People fell all over themselves to say nice things about the airplane and encouraged me to start a school with one — even people who already had their flight own schools.” *** His confidence suitably bolstered, he bought the SportCruiser and jumped in with both feet. *** —inflight photos courtesy Piper Aircraft and CSA