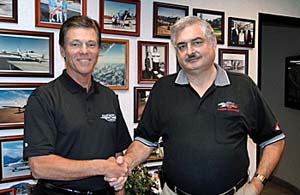 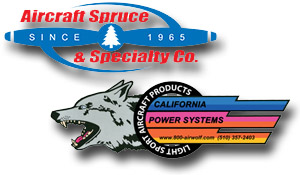 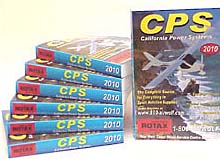 CPS has been a steady supplier of Rotax Aircraft Engine parts and services for 30 years.

Aviation powerhouse Aircraft Spruce (officially Irwin International Inc.) announced it had recently completed agreements to buy California Power Systems (CPS); both are California-based enterprises. This shows what CPS had accomplished through 30 years in business but it also shows that Aircraft Spruce remains committed to Light-Sport Aircraft, by far the largest users of the Austrian engine. It also shows the high-tech high-revving powerplant with liquid cooling and gear reduction drive continues a steady advance deeper into the American aviation market. *** In a formal statement, Aircraft Spruce said, “[We] acquired California Power Systems on November 4, 2011 and … moved the operations from San Leandro to Corona, California. Irwin International Inc, which also owns Aircraft Spruce & Specialty Co., a leading aircraft parts distributor, will operate Aircraft Spruce and CPS as separate divisions in the same 62,000 square foot warehouse in Corona.” *** CPS was founded in 1981 by Mike Stratman and has been the western U.S. regional Rotax Service Center for many years, offering Rotax engines, parts, and other ultralight and Light-Sport Aircraft products to aviators around the world. Aircraft Spruce elaborated, “In addition to engine and parts sales from the Corona facility, CPS will also maintain a maintenance shop for Rotax engine repairs and overhauls.” *** To my view as a longtime observer of light aviation since well before LSA came on the scene in 2004, CPS was an integral part of the acceptance of Rotax Aircraft Engines in the United States (along with organizations like Lockwood Aircraft Supply and others). Mike’s early “Care and Feeding of Rotax…” articles and videos were an important source of information on the European engine. In the second decade of the 2000s, however, the Internet and mobile resources have come into the foreground and VHS or DVD videos are receding. Organizations like Rotax-Owner.com are regularly offering information and groups like Rainbow Aviation or Aero Technical Institute now train a growing number of Rotax-qualified mechanics. *** The joining of a stalwart like Aircraft Spruce with a well-established California Power Systems appears to strengthen acceptance of and support for Rotax Aircraft Engines. One of the great challenges in aviation is successfully bringing a new powerplant to the market, true even for such a sophisticated entry as the Rotax 912 and 914 engines. Many correct steps are needed to build trust in an engine and I believe Rotax got a great boost from the Aircraft Spruce/CPS hook-up. Congratulations to both entities!