Considering the company has always been a western U.S. manufacturer, a name that sounds like “six shooter” conjures a cowboy image, horse-riding westerners packing a pistol on their hip. Actually, it’s just a fun name. 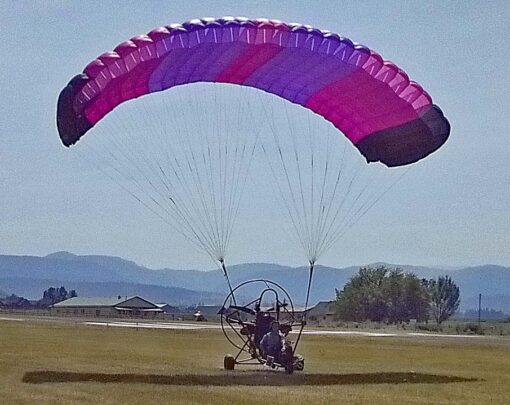 Six Chuter’s aircraft are enjoyable enough and the company careful enough about how it treated its prospects and customers that they managed to sell more than 2,100 aircraft since forming three decades back. Over many years of examining hundreds of companies, I am aware only a very small number of airplane producers that have built more than 2,000 aircraft. Six Chuter is clearly a company prepared to stick around for a while. Here’s a very brief look back at its history.

Six Chuter is one of the longest operating powered parachute companies in business today, founded in 1991 by Dan Bailey in Yakima, Washington. Dan sold the company when he felt it was time, in 2010, to “pass the baton” to prior Six Chuter dealers Doug Maas and Tom Connelly.

That pair ran the enterprise for another decade, from 2010 until 2019, when new owners took over.

On another track, in another state (Texas), Scott Hughes‘ Predator-building company opened for business in Southern Texas in 2007. That company transferred ownership and ultimately landed in Toquerville, Utah with new owners Stacey and Anita Eaton, a couple that also eventually took over Six Chuter in 2019 and ran it until early this year. 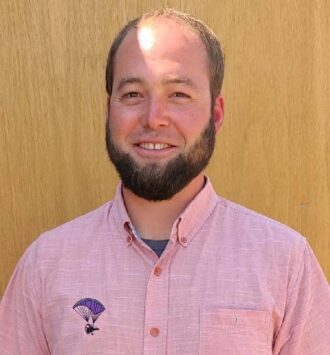 Caleb reports he comes from a farming background, and for several years, enjoyed doing a lot of metal fabrication. Caleb brings a wealth of technical knowledge and skills that prepared him for his next endeavor.

“I look forward to many years of being involved in sport flying,” Caleb said. “I am committed to building quality powered parachutes and parts and to provide the best in customer service. It gives me great pleasure to follow in the footsteps of the Eatons.”

Six Chuter and Its
Affordable Aircraft

Six Chuter advises that you choose one of their models depending on how you intend to fly in addition to your preferences in the method of assembly and type of airworthiness. The company offers several models and all of them appear to easily qualify for the “affordable” label — even though we all know that word means something different for every single person reading it.

Let’s quickly run through Six Chuter’s line and you’ll get the idea.

P3 Lite; True Part 103 Legal Ultralight (≈$17,000*)
“If you intend to fly solo and prefer to avoid the pilot certification requirements of Sport Pilot, then P3 Lite is the model for you,” said the company. Powered by a 40 horsepower Kawasaki 440, P3 Lite will seem energetic. See specifications for both aircraft nearby. 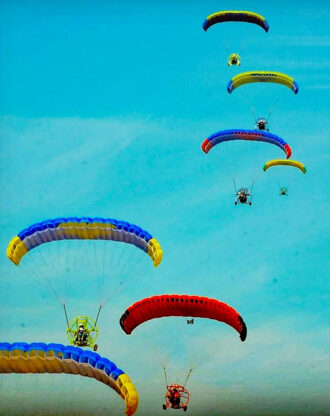 A powered parachute formation in Israel — photo by Nir Meirav

Because these aircraft are affordable I presented prices up-front, however, it is important that you contact the company for current and detailed information; do not rely solely on this article.

P3 Lite presently sells for about $17,000 complete and ready to fly under Part 103. No kit version is available.

Legend XLss (≈$38,000*)
What if you want to earn a pilot certificate and carry a passenger? “Six Chuter’s Legend series is a very cost-effective and high performing model for those who prefer the more powerful 65 horsepower Rotax 582 engine,” said Six Chuter. “Legend with Rotax 582 E Gear Box, Electric Start has been our most popular selling model.”

“As per FAA regulations, our Special Light Sport Aircraft (SLSA) are assembled, tested, and certified for you by the factory when they are sold,” reported the company. 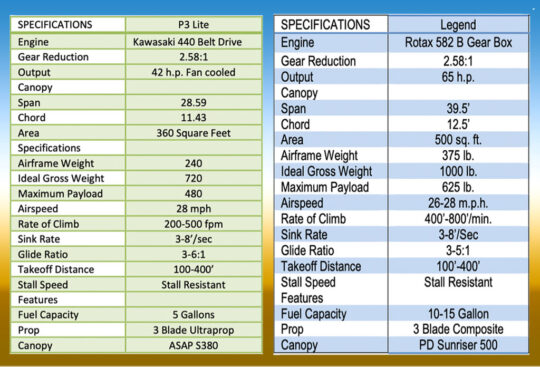 “Add fully functional dual controls to any of our tandem models and you can receive sport pilot training in your own ELSA (Experimental Light Sport Aircraft) or EAB (Experimental Amateur Built),” stated Six Chuter. “Our standard kits are built in subassemblies at the Six Chuter factory for economical shipping anywhere in the world.”

The average builder can assemble these units in 100 to 200 hours.

I stress the same caveat as before but a ELSA version of Paragon — which Caleb said is what most buyers prefer, over a Special LSA — sells for about $38,000 for a complete but “kit” version of the aircraft. I wrote kit in quotes because you will not do much or any assembly.

Explaining ELSA and SLSA
An ELSA also allows an owner to change his or her aircraft as time passes without getting approval from the manufacturer. No producer may offer an ELSA without first getting FAA acceptance for their Special LSA version. Once so approved, the builder can deliver some or all ELSA as desired but all ELSA must be delivered initially as bolt-for-bolt copies of the SLSA version. Only after getting their Special Airworthiness Certificate issued may owners start to make changes. Six Chuter has earned FAA acceptance for the Legend XL Tandem; #75 on the SLSA List.

To compare, a SLSA model cannot be changed in any way without first getting a Letter of Authorization from the manufacturer and the builder will likely not issue an LoI without first testing the equipment to be installed — a reasonable requirement, as they could be charged with liability for any resulting problems with the changed equipment.

Such are the details when FAA issues extensive rules about how aircraft may be used. If you don’t want to grapple with all that, consider the Part 103-eligible P3 Lite model that can be operated without following any rules beyond Part 103 and AC-103-7. Find more about P3 Lite on the Part 103 List 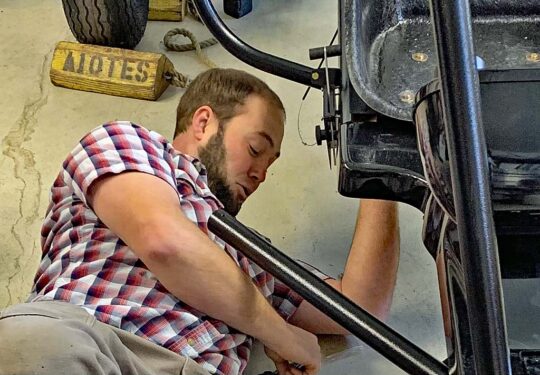 * I don’t mean to stress price over everything but each pilot is limited by what he or she can afford. At $17,000 Six Chuter’s P3 Lite is one of the great bargains in aviation. A complete aircraft that sells for less than half the average price of a new car must qualify as “affordable,” I believe. Happy shopping!

The two-seat, SLSA-capable Legend has a much more powerful engine but comes essentially ready to fly as a ELSA kit. Priced at $38,000, this also qualifies as a bargain. Speak directly to Caleb at Six Chuter regarding the SLSA model and his readiness to supply it.

With his ownership barely two months old Caleb is wisely taking small steps initially. His first priority is supplying parts to the existing fleet but he is fully assembling several models as this is written.

Those less certain about powered parachutes can us more fundamental information. You may be attracted by the modest cost of powered parachutes or by what a great sightseeing platform they offer. To provide more for those who prefer video, I’m featuring two popular productions from powered parachute guru, Roy Beisswenger. He gives a lot of information in these two videos… Enjoy!