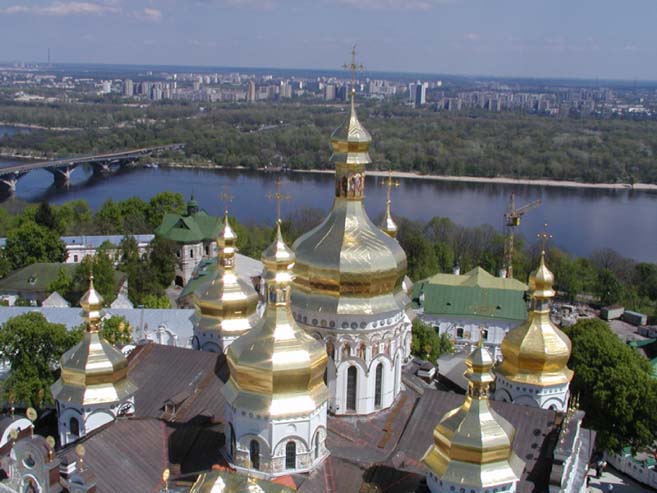 Kiev is famous for its church spires and its trees. 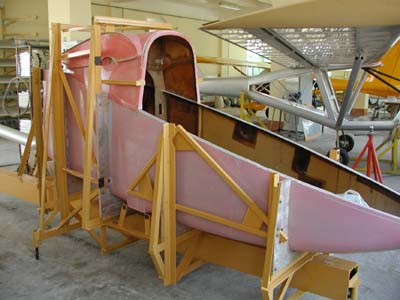 In the Kiev, Ukraine, factory, an
A-20 fuselage takes shape in a fixture. 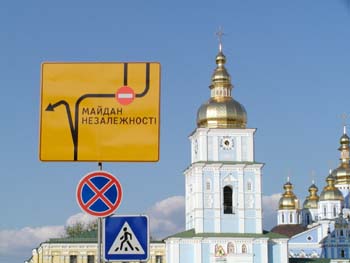 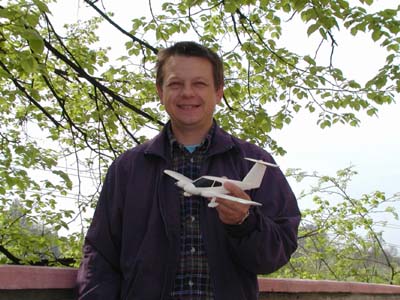 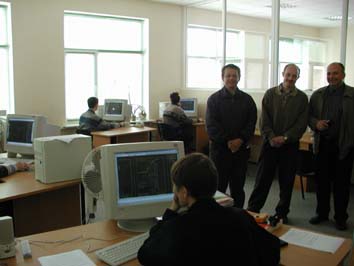 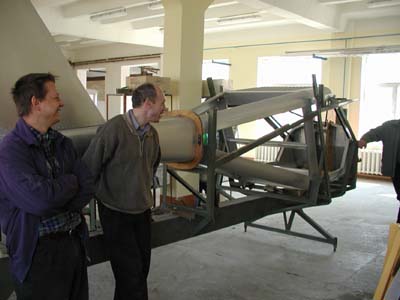 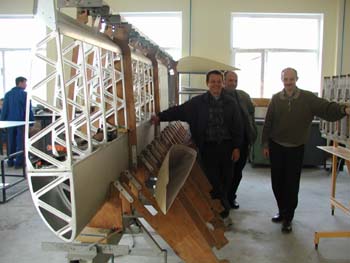 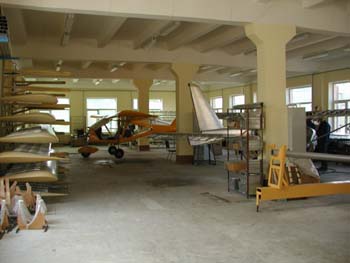 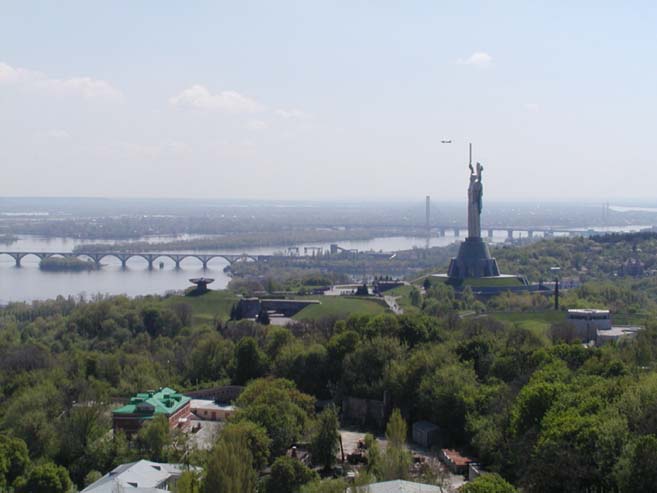