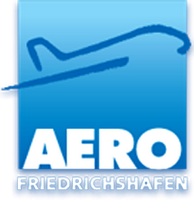 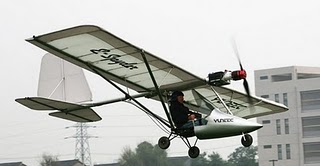 Yuneec E-Spyder (based on FlightStar ultralight) 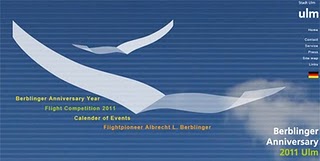 Right after Sun ‘n Fun, the e-flight Expo kicks off for the third time at “Aero” in Friedrichshafen, Germany, April 13-April 16. *** Bunches of new aircraft and propulsion technologies along with the awarding of the Lindbergh Electric Aircraft Prize (LEAP) will mark the gathering of 550 exhibitors from 26 countries. *** The e-flight name stands for more than electrical flight innovations: ecological and evolutionary advances in flight regardless of their nature are embraced, although electric is certainly leading the show. *** Erik Lindbergh, grandson of Charles Lindbergh, will present his foundation’s prize for outstanding achievements in the development of electric flight. *** This year should bring several exciting advances in electric flight . I’ll be doing a broad story for Plane & Pilot magazine soon on what’s up and what’s coming. *** Another highlight of the Expo is “History for the Future of Flight”, a tantalizing assemblage of descendants and close relatives of last century’s aviation pioneers:  Claude Dornier, Igor Sikorsky, Marcel Dassault and Count Zeppelin. *** Bertrand Piccard, globe-circling balloonist and grandson of the atmospheric scientist Auguste Piccard, will also be there…unless test flights for his ongoing electric flight project “Solar Impulse” interfere. *** Mr. Lindbergh, a tireless environmental champion in his own right, will also bring Albert II, Prince of Monaco, to augment support for Lindbergh’s championing of “electric mobility”, which includes – aviation but also other forms of more planet-friendly transportation. The expo will feature flight demonstrations from Yuneec’s e430 and E-Spyder electric aircraft, and the Chinese company’s new Viva. The two-seat, side-by-side all-electric motorglider has a folding prop in the nose, run by a 40-kilowatt electric motor. *** Top Slovenian LSA maker Pipistrel will display a four-seat hybrid airplane. *** And Flight Design, top U.S. LSA producer, plans to display the latest version of its hybrid engine: a Rotax 914 combined with an electric motor. *** But wait: There’s more! 36 teams will take to the air in the Berblinger Flight Competition, created to demonstrate “flying using innovative techniques” based on the latest research, knowledge and developments in aviation. *** Germany, Slovenia, Italy, France, Australia, Czech Republic and Austria will field teams…but none from the U.S. What’s up with that? *** The prize will go to aircraft capable of “carrying people and incorporating original and innovative ideas of environmental sustainability, economy, safety and/or construction.” *** The first, technical part of the competition happens April 15, 2011 at AERO. The winner gets €100,000 in prize money — that’ll work! *** The second part takes place in the German city of Ulm on its 200th anniversary of Albrecht Ludwig Berblinger’s attempt to cross the Danube River in a hang glider of his own design. Studies of his failed attempt indicate the design was sound…he could very well have succeeded, in 1811, if he’d had more knowledge of thermal air currents over the cold river. *** Expect AERO’s e-flight to once again be the premier showcase of cool new stuff that will change all our lives in years to come.