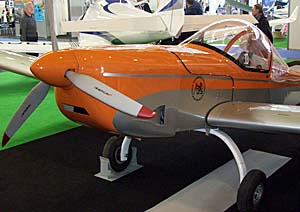 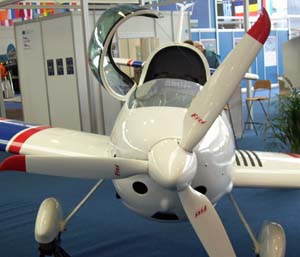 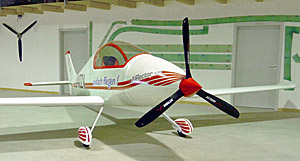 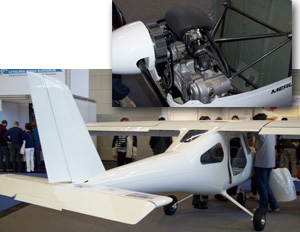 While some producers add four seaters (or more) to their LSA line, others have taken a different approach. The number of attractive new single-place models at Aero was surprising as most pilots seem to believe two seats are the minimum. *** However, for years AOPA surveys have shown the average occupancy of a GA aircraft — most of which have four seats and several models have more — is, wait for it… 1.6 persons. Given all those extra seats the 1.6 figure means a significant number of all flying is done solo. So, why pay for the extra seats when you fly solo frequently? Cost of acquisition and operation can be dramatically lower in a single seater, and you have no one else to please (or worry about) except yourself. *** I’m sure I didn’t see them all — Aero features a huge display of aircraft — but here’s a few of the new single seaters I discovered. Check these low prices, too! |||| Skyleader 100 — Americans know Skyleader, in a way. Under the name Kappa, they sold the sweet-flying KP-5. Now, as part of several new models developed, the Czech producer has designed Skyleader 100, a single-seat, all-metal aircraft. Buyers can choose between a rectangular or tapered wing as presented at Aero 2011. Standing on taildragger gear, the 100 is powered by a Rotax 582 yielding a 85 mph cruise speed. Gross weight is a svelte 693 pounds with a projected price of only €35,000 ($49,000) in ready-to-fly form or even less in kit form €15,900 ($22,260). More info: Skyleader 100 |||| Atec Solo — Some Americans know the Atec Faeta SLSA but that Czech company has now introduced their Solo, a single-seat, cantilevered low-wing taildragger made like Faeta, that is, all-composite involving lots of carbon. These exotic materials yield a very low weight with plenty of strength and rigidity. The wing borrows from Atec’s older Zephyr and Faeta using slotted flaps to lower landing speeds. More info: Atec Solo |||| AiRector 120 — The sleekest of the singles in this article is the AiRector 120 (the number refers to its empty weight in kilograms). Weighing only 264 pounds empty AiRector is powered by a Hirth two-cylinder, two-stroke engine. The northern Germany company expects first flight in fall of 2011 with cruise expected in the 100-mph range. The single seat taildragger has an all-composite airframe that will be built in a new factory in northern Germany. Current plans call for a price of only €40,000 ($60,000). More info: AiRector 120 |||| TechPro Merlin — Another Czech producer displayed their still-in-development single-seat kit aircraft, the Merlin 100. Here’s an all-metal, tricycle-gear airplane using matched-hole tooling to ease the builder’s effort. With its unusual two-cylinder, four-stroke Verner 35-hp engine, Merlin is projected to weigh just 264 pounds. A prototype has logged 100 hours and a second prototype is being built. TechPro plans to sell the aircraft only as a kit, with a projected price of €5,000 ($7,000), less engine. Bargain hunters, take note! More info: TechPro Merlin |||| Also, don’t forget the also single place all-electric Electra One. We’ll have more on it later plus other great aircraft seen at Aero 2011.