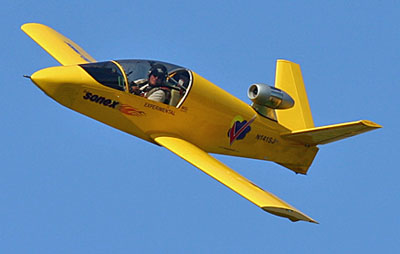 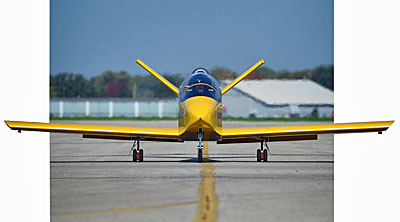 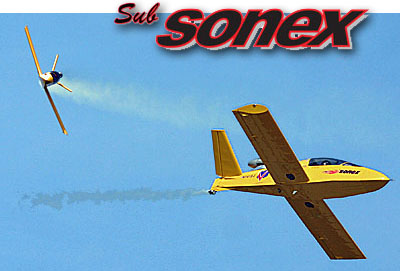 Be honest with yourself. You always wanted to fly a jet, didn’t you? Having your very own jet to rocket around the sky would be so cool, right? C’mon … who wouldn’t love that? The trouble is affording one of the darn things and then paying through the nose to fuel and maintain it.

Well, the good folks at Sonex Aircraft have long prided themselves on (and have achieved the goal of) offering modestly priced airplane kits that the rest of us can afford. How about a jet airpane (kit) for less than many ready-to-fly LSA? Yep, Sonex says “base price” is $130,000 and while that may still be a chunk of change for many, you have to admit it is reasonably affordable as jets go.

Those of you planning to attend Sun ‘n Fun 2015 — and I hope that is many of you! — will be able to check out SubSonex JXS-2 Personal Jet and you can catch its first-ever airshow act. You may have seen it fly at their home field of Oshkosh but you ain’t seen nothin’ yet!

After being absent since 2006, Sonex Aircraft is returning to Sun ‘n Fun with an official exhibitor presence at the 2015 event in Lakeland, Florida. Look for the company’s distinctive yellow airplanes in the North East Exhibit area, booth NE-29 where they will have an AeroVee Turbo-powered Sonex Sport Acro along with SubSonex.

The Wisconsin kit manufacturer also plans several forums including one for prospective SubSonex Personal Jet owners (on Friday, April 24th). Check this link for Sonex events plus their forums at Sun ‘n Fun 2015.

Sonex announced that their SubSonex Air Show, flown by renowned performer Bob Carlton, will make its worldwide debut at the 2015 Sun ‘n Fun show, saying that Bob is scheduled to perform on Tuesday, April 20th and Sunday, April 26th.

The company said their SubSonex air show routine will feature maneuvers previously unheard of in a jet aerobatic routine. “The SubSonex microjet is capable of speeds of 300 mph,” said Bob Carlton, “and can perform all the classic aerobatics, including maneuvers like tailslides, normally considered taboo in a jet. However, it’s not just about high speed. With its incredibly wide speed range, the SubSonex can turn tight and stay close so that air show spectators aren’t waiting for a turnaround.”

Sold only as a quick-build kit, SubSonex includes almost everything required to fly with the exception of avionics and paint. Available options for the JXS-2 include MGL Avionics‘ iEFIS touchscreen, a Mountain High oxygen system, Aveo PowerBurst LED position and strobe lighting, heated leather upholstery, cabin heat, and a Triton TC 167 enclosed trailer modified to transport the SubSonex. Transition Training is available; contact the company for details.