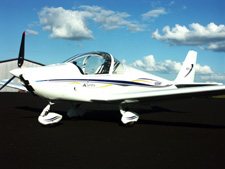 One of the newest recipients of a SLSA certificate is the Kappa KP-5 now manufactured by Jihlavan of the Czech Republic. It’s imported by Kappa Aircraft of Pennsylvania.

In the last couple weeks, the number of FAA-approved Special Light-Sport Aircraft grew to 13 models. EAA keeps a current list, proved by copies of the airworthiness certificate, but I’ll list them here as: Festival, Breezer, C42, Legend Cub, Kappa KP-5 (photo), Bravo, T-211 Thorpedo, StingSport, Echo Super, Sierra, Allegro 2000, the CT, and SportStar. (The list is presented in reverse order of approval.) In a fairly short time — the first approval was announced just over three months ago — customers have been presented with many Light-Sport Aircraft choices. I’ve flown ten of these planes. Watch for my pilot reports here on the website; a few are available now.