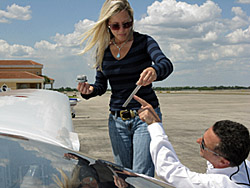 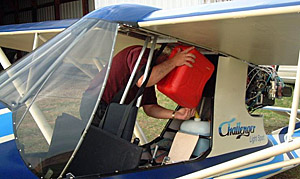 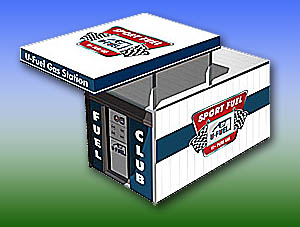 As the battle rages on regarding a replacement fuel for 100 LL avgas, sport aviation enthusiasts already have another, cheaper fuel option. The best news is they potentially have an enormous support group (even bigger than Facebook, if you’ll permit that comparison). Here’s what blogger Kent Misegades wrote… *** “Consider these numbers:  According to GAMA, there are approximately 165,000 piston-engine aircraft registered today in the United States. Since 1982, some 65,000 autogas STCs have been sold by Petersen Aviation and the EAA. A growing part of the GA fleet, America now has around 2,000 new SLSA (and many thousands more ELSA) registered. Nearly all of these use engines designed to run on autogas. Fuel is sold at approximately 3,500 FBOs on the 13,000+ airports registered in the country. Autogas is currently sold at just 100 of these airports.” (Talk about your missed opportunities! —DJ). *** “By contrast, in 2006, the U.S. DOT reported approximately 251 million registered passenger vehicles that purchase fuel at over 110,000 gas stations. It is estimated that nearly all of these vehicles are affected negatively by the presence of ethanol in fuel, with problems ranging from lower fuel mileage to serious damage caused to their fuel components. Especially sensitive are vehicles without modern computer-controlled fuel injection and mixture controls. The situation is even more serious for off-highway engines found in boats, ATVs, snowmobiles, power tools, and more. *** Of the nation’s 17 million pleasure boaters, 16 million tow their boats to water and purchase fuel at the local gas station.  Most of these use outboard motors that can suffer serious damage when ethanol blends are used. All told, it has been estimated that nearly 650 million engines in vehicles and other machinery are negatively affected by the presence of ethanol in fuel. For airports who are able to think outside the fence when offering U-Fuel‘s aviation-quality, ethanol-free Sport Fuel brand of autogas, there is a huge potential for fuel sales. *** If only 1% of the owners of these 650 million engines were to buy Sport Fuel at their local airport, this would represent millions of new customers for struggling airports. An added benefit would be the opportunity to introduce the pleasures of aviation to a sector of the population that might never otherwise stop by their local airfield. These recreation enthusiasts could be impressed that their local airport is doing something to reduce lead emissions from our aircraft.” Disclosure: Kent represents U-Fuel.