Simple American designs such as the Aero-103 will always be popular thanks to low price and good performance with small engines. 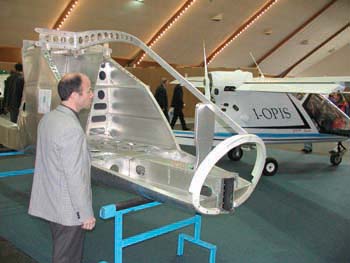 Aluminum construction is still popular in Europe due to the influence of engineers working at former Soviet design bureaus like Antonov. This is the G 97 Spotter from Italy. 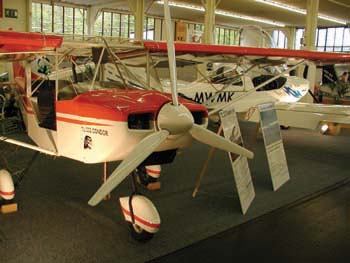 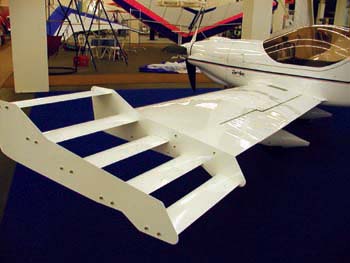 University and government research results in projects like the
experimental wingtip on this Dyn’Aero airplane. This tip is said
to make the effective wingspan about 3 meters longer. 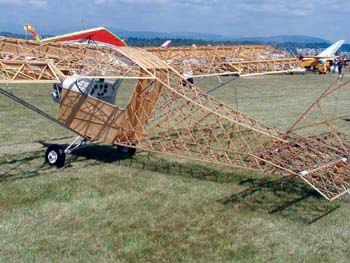 Fisher Flying Products is one of several U.S. companies that produce wood airplane kits such as this FP-101. 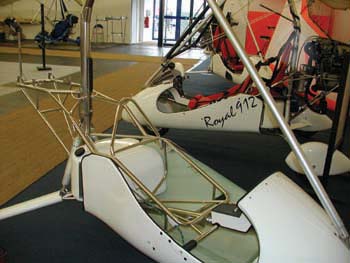 Stainless steel is not commonly used on trikes, but this European model is an exception. 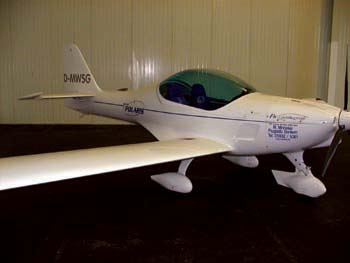 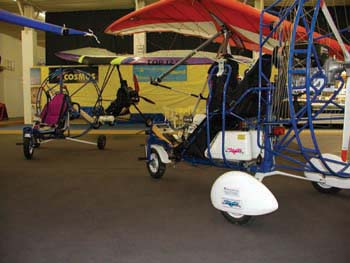