I am longtime enthusiast of single place aircraft. Clearly, I am not alone. In fact, the number of pilots showing an interest in single-place aircraft has been growing fast according to several ways of estimating such interest. 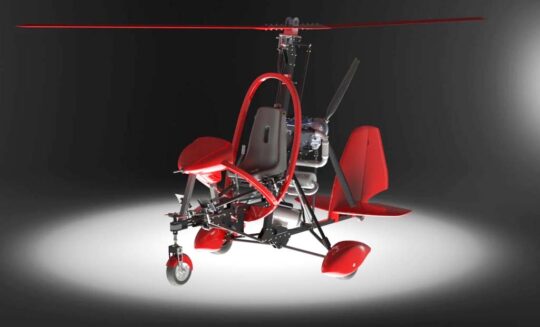 When you fly solo you can operate your flying machine the way you want — well… within the laws of physics and the laws of FAA (or whatever national CAA you must obey). What you don’t need to do is worry about a passenger.

Despite following single place aircraft closely, even I have been astounded at steadily increasing interest in single place aircraft over the last few years. Although significantly out of sight of many aviators, single place aviation has been growing faster than you imagine. Some pilots actually think Part 103 “died” a couple decades back. I don’t know how it feels to be that wrong, but they are.

Most of these single place aircraft are Part 103 vehicles but not all, not by a long shot. 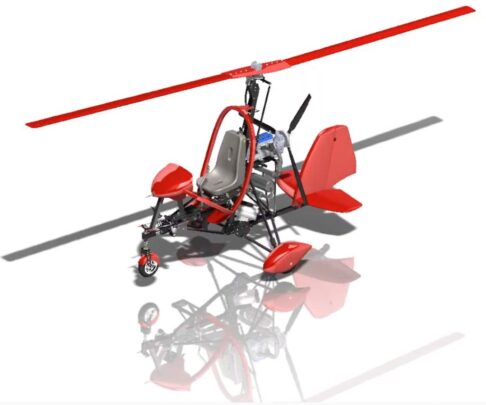 As of late 2021, we began included kit-built Part 103-type aircraft in our Tableau Public aircraft count and database. In addition, our new Part 103 List is presently drawing lots of views and visits (thank you for checking it out).

By now, you’re probably not surprised to learn a new single place gyroplane is coming to market in 2022.

Earlier, I wrote about a beautifully-finished single place gyroplane from Gyro Technic. I also wrote about another delightful rotary-wing entry, the one-place Fusion Nano. The former does not qualify for Part 103; the latter does.

If you’ve been around Light-Sport Aircraft aviation for a while, you already know the Air Command brand. Some with long memories may recall problems. Before the more recent wave of interest in gyroplanes, Air Command was a significant player. Sales were good but accidents happened. After founder Dennis Fetters sold the company, a successive owner tackled the issues. 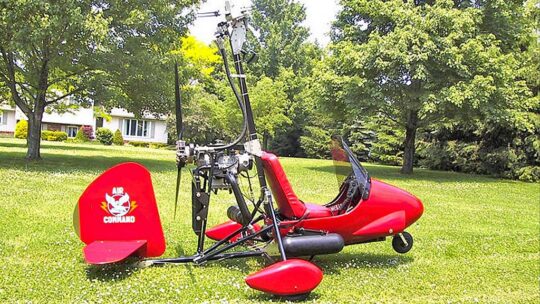 An original Air Command gyroplane; the design first flew in 1984.

To this day, some speak ill of Air Command but that is out-of-date information. Back in the early 1990s, aeronautical engineer Harold Smith took over the design. With his son Doug, they examined the original Air Command design and determined it should not be flown due to the possibility of Pilot Induced Oscillation (PIO).

In a safety bulletin Harold stated the old Air Command gyroplanes were not airworthy unless alterations were made. Ultimately, the Smiths issued three key corrections to solve design issues (dual-redundant masts, a joystick control system to replace the “pump-stick,” and horizontal stabilizers). Read more about the problems and fixes at this website.

The Air Command brand dates to 1979 with first flight in April 1984. In early days, Air Command claimed to be selling two gyroplane kits per day. 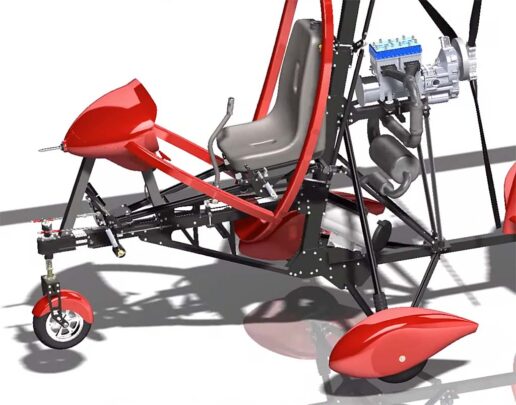 A rendering of the new model to fly in spring of 2022.

Joe brings to the company 30-years of business experience in sales, marketing, operations, and management. He earned his Master’s Degree in Business Administration from the University of Wisconsin. His interest in flight came through managing an emergency medical helicopter operation near Minneapolis, Minnesota. 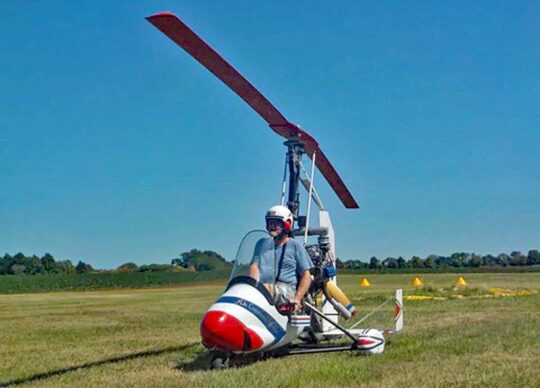 In 2020, Air Command and Skywheels signed a six-year partnership agreement with Blackhawk Aerospace in Morgantown, Kentucky to manufacture aircraft parts and rotor blades according to the AS9100 aerospace quality control standard.

“Blackhawk will also serve as our worldwide distribution center,” clarified Joe. Skywheels rotor blade flight tests were completed in the summer and fall of 2020.

“Last year we designed, installed, and tested our new $40,000 custom-built rotor blade spin-up test stand that is installed at Blackhawk,” said Joe. “The new equipment is used in the rotor blade quality control and blade tracking processes. The last sensor and cable were installed on the test stand two weeks ago. Skywheels rotor blade manufacturing is ready to commence. Customer rotor sales and deliveries have begun.

When Will The New Model Fly? 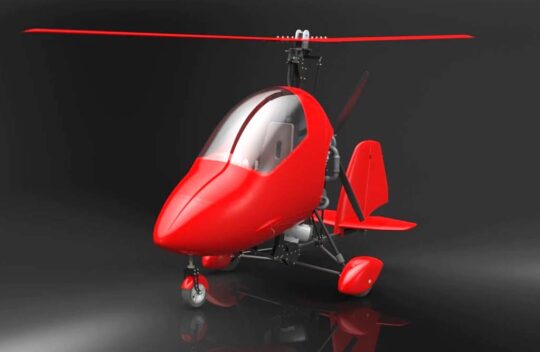 “We are starting with three kit builds in June 2022 to verify fit and finish,” said Joe Covelli. Fiberglass tooling is being machined in March-April 2022. “We will then open things up to commercial sales.” Joe plans to announce pricing in April 2022 and will then offer manufacturing slot positions.

“Our first kit is being built,” he explained. “Fiberglass tooling is being machined in March/April.”

Joe stated, “We expect to fly as soon as May 2022.” Skywheels rotor blades are already flying and being evaluated. Video is available on the Air Command website.

While development continues, Joe explained, “Regrettably, we will not be able to attend Bensen Days or Sun ‘n Fun in 2022 since our first kit will not be finished.” He did confirm Air Command will be at AirVenture in the ultralight exhibit area representing both gyroplanes and the company’s Skywheel-brand rotor blades.

The Skywheels rotor system is being manufactured again following an 18-year production hiatus. “The Skywheels name has a loyal pilot following with a performance and safety record dating back to 1985.,” reported Joe.