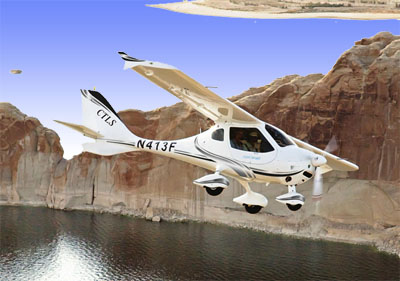 After more than a year, a resolution was reached for the airplane that topped the charts in the LSA space since Day One. Although Flight Design’s CT-series was eclipsed in 2016 by CubCrafters (by a very slim margin), the aircraft remains well regarded and its many adherents are no doubt breathing a sigh of relief that the “reorganization” (what Americans might call a bankruptcy) has been resolved. All good!

(Read more about this reorganization here.)

During EAA AirVenture Oshkosh 2017, longtime Flight Design USA representative Tom Peghiny sent news about the new owner of the brand. The crush of airshow activity let others beat us to this news, however, we will use our long history with this company to provide a more detailed report.

Flight Design, the German company that makes the CTLS, has been through the wringer in recent years with a series of reversals no one could have anticipated. After struggling through a combination of events — global economic slowdown; Russian saber rattling in Ukraine, where its main plant is located; and development projects consuming too many resources — Flight Design was forced into insolvency in 2016. Since then it has been operated at a low level of activity by a government-mandated receiver company, but the company was able to maintain the design’s Special LSA acceptance in addition to supplying a few planes plus spare parts.

All the while, Flight Design principals were looking for new options for manufacturing the CT and obtaining financing for its production. The reasons above made it hard for the company to obtain the necessary funding to purchase the company’s assets, according to Peghiny. Therefore, a recent offer to purchase all the assets by Lift Holding, a German investment group, comes as welcome news for Flight Design. 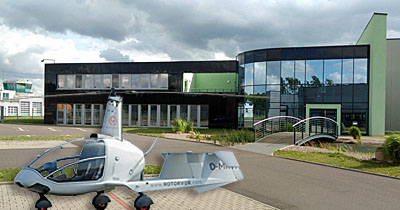 “We have been working with the Lift folks for a year planning the comeback for the Flight Design brand and we are very excited about the developments for the future,” Tom expressed. “Parts supply and support will improve and this also allows Flight Design to keep the engineering team intact. These people have a deep product knowledge plus it assures the quality management and operational safety monitoring will stay the same.” 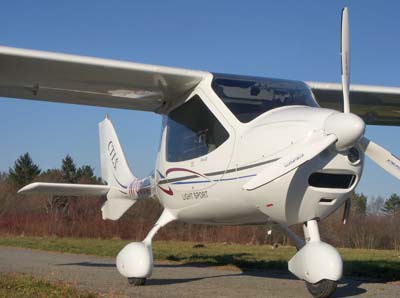 Lift is also the owner of the Rotorvox gyrocopter line. “Lift Holding will combine the technical expertise of Flight Design with their other aviation assets (Rotorvox) as part of Lift Air, GmbH. Both companies will be headquartered at the Kindel Airport (EDGE) near Eisenach.” Lift Holding will assume all the assets of the former company and plans to produce the CT lineup.

The Flight Design European Design Organization — approved by regulatory agency, EASA — and the production site in Kherson, Ukraine as well as the design rights for all Flight Design products including the CT series are now secured with the German company’s investment.

“We are delighted to be able to take over all of Flight Design’s assets and are confident we will go forward as a world leader in the development and construction of light aircraft,” said Sven Lindig, Managing Director of the Lindig Group. 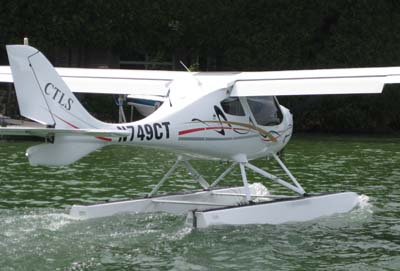 FDGA has aircraft operating in 48 countries around the globe. The company will soon employ 20 employees in Germany — mostly highly qualified engineers and technicians — as well as about 100 manufacturing employees in Ukraine. Since the founding of the company in 1988 and the establishment of the Ukrainian production plant in 1993, the company has delivered over 1,800 aircraft.

“Flight Design has some unique products and experience in the production of all carbon-composite, very efficient light aircraft. We want to invest in development of those products and also achieve leadership in customer support,” said Lars Joerges, the new Managing Director of FDGA.

Flight Design General Aviation also plans to continue development of the C4 four-place aircraft, although Tom Peghiny said the program would change to accommodate the efficiencies in a changing certification landscape in the United States and abroad, referring to the long-awaited Part 23 rewrite and its mirror regulation in Europe.

Tom indicated that FDGA will make a return to AirVenture for the 2018 event.