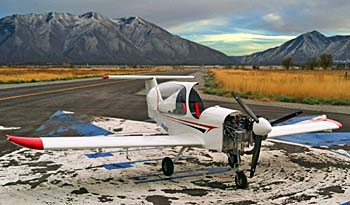 SD-1 Minisport is presently going through taxi testing at Spanish Fork Airport (U77). 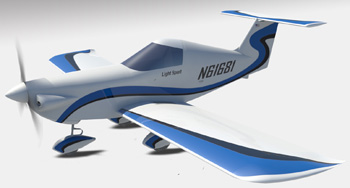 Read our introduction report on SD-1 Minisport and its several singular qualities. 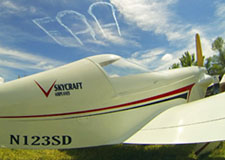 SkyCraft made a splash at AirVenture 2013 with their single seat SLSA candidate. 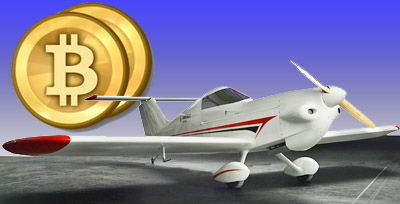 Got Bitcoins? You can now pay for your SD-1 Minisport with the cryptocurrency.

After making a big splash at AirVenture Oshkosh 2013, the young team from SkyCraft Airplanes went home, rolled up their sleeves, and have been burning the midnight oil preparing the affordably priced single seater to meet ASTM standards and gain FAA’s nod for production. For those less informed, meeting the new industry consensus standards to earn government acceptance is a sharp deviation from FAA Type Certification. The task nonetheless represents a very significant work effort involving dozens of detailed tests and 100 hours of flight testing supported by hundreds of pages of documentation (read our earlier assessment of the costs involved). Even a well heeled organization like Icon has taken years to get all the pieces in place.

However, sometimes a smaller, more nimble organization with very clear goals can go more speedily through the process. SkyCraft Airplanes is composed of an energetic group lead by CEO Tyler Ives. Recently Director of Marketing Paul Glavin sent an update on progress to goal. “It’s been a busy winter for SkyCraft Airplanes as we move closer to SLSA Certification for the SD-1 Minisport,” he said. Earlier the company noted Minisport was being equipped with an ethanol-resistant fuel system, which allows the engine to run on premium unleaded from your local gas station. “Since then we’ve upgraded the exhaust and computer systems on our fuel-injected Hirth F-23 which will increase the efficiency of the engine, allow for a smoother idle, and reduce engine vibrations throughout the aircraft.” Paul added that flight testing will continue in February after installation of these upgrades is complete.

The $55,000 SD-1 Minisport is one of the true bargains in the LSA fleet and that’s for an aircraft with interesting standard equipment and services. SkyCraft Airplanes has worked to reduce operational costs as well with exceptional fuel efficiency, removable wings for trailer storage, free engine and propeller overhauls, and the ability to run on unleaded automotive gas. Yet $55 grand is still a chunk of change to lay out and the company has a solution for budget-constrained pilots. Now the Utah-based company is now offering financing for the SD-1 Minisport, making it affordable to an even wider audience. Finance terms allow for minimum payments of under $500 a month following a 50% down payment (or about $30,000). See more details on SkyCraft financing.

The young and motivated SkyCraft team has also secured minimum liability insurance for the SD-1 Minisport costing just $200 a year. The policy covers up to $1,000,000 in bodily injury and property damage. This adds only $2.50 an hour to the plane’s real cost of ownership based on flying 80 hours a year. Complete hull coverage can be added for $1,375 a year, putting the monthly cost of a fully covered Minisport at just over $130. Finally, one bit of news that again shows these youthful fellows are thinking out of the usual aviation box. “In December 2013, SkyCraft became the first airplane manufacturer to sell its planes for Bitcoin, the Internet’s most valuable digital currency.” They report the decision sparked excitement in the Bitcoin community, as SkyCraft was featured by several Bitcoin news outlets, including the Bitcoin Examiner. “Since the announcement, orders for the SD-1 Minisport have nearly doubled,” said Glavin. See SkyCraft’s website for more on the Bitcoin opportunity.