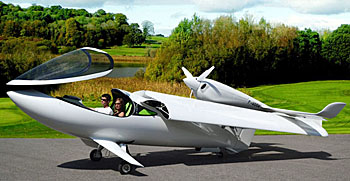 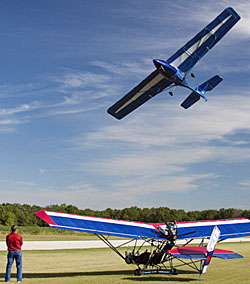 Quicksilver Aeronautics has SLSA plans to reveal at Oshkosh. photo by James Lawrence 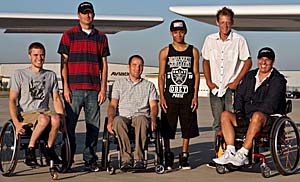 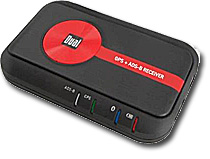 Dual Electronics will join Garmin and Dynon among other companies with new ADS-B devices (see article for more info).

I have several targets on my radar for follow-up at the big show that starts July 23rd. Here’s a beforehand review; details will follow. ||||

*** LSA seaplanes will generate plenty of interest, I think, with Icon‘s latest announcements and the dreamy new Lisa Akoya (photo). Both are superslick but not to be outdone by the SeaRey, which already has nearly 600 flying. SeaRey builder Progressive Aerodyne is hard at work on SLSA status. Adding the SeaMax into the mix, LSA seaplane enthusiasts have lots of great choices… and then come the floats for other planes. Lotus is back and Zenith is a trusted supplier of many years. You’ll be able to see both sets of floats in the LSA Mall. While you’re in the LSA Mall, you can check out AMT’s air conditioning for LSA plus the Belgium D Motor.

*** Since I mentioned powerplants and Zenith, I’m reminded that the Mexico, Missouri powerhouse kit producer will have an “engine day” at their space in the kit aircraft area of Oshkosh. This company supports the use of many engines that their builders like so “engine day” should be quite educational.

*** Lycoming continues to make steady inroads into Light-Sport Aircraft and we’ll be looking over more LSA installations of their O-233. Plus, Rotax BRP will again have their enlarged display where you can ask all manner of questions about the new fuel-injected 912 iS. You may want to check out the AirCam that has one each of the 912 series installed.

*** Returning to floats… Wipaire, the big float developer and manufacturer at my former home airport in South St. Paul, Minnesota will hold a press conference about a “new LSA product.” Given their expertise I expect the company to show a set of LSA floats. As just noted, LSA buyers already have alluring choices, but Wipaire is a highly credible producer so I’ll be watching them closely. Get ready for water flying!

*** Ultralight giant, well truthfully, lightplane giant, Quicksilver is about to burst on the scene in a new way thanks to new ownership. The company, now called Quicksilver Aeronautics, will discuss their SLSA ambitions at a Friday press conference and new displays in the Lightplane area as well as the LSA Mall.
Speaking of the latter it looks to be nearly full again so stop on by for a glance at the best of the LSA breed (near the forum buildings; see it on EAA grounds map or the Sportys app).

*** Pipistrel is one of those hard-running companies (photo) that seems to put out model after model. We’ll hope to see their new Alpha if FAA was willing to grant them an airworthiness certificate. (Don’t get me started on that; I’ll save a more detailed discussion to follow some conversations at Oshkosh.) But I’ll swing by with UltralightNews to see what Pipistrel exhibits. With production facilities in Slovenia and Italy, the company has already delivered 10 of the just-finished Alpha trainer.

*** Another always-in-motion outfit is non-profit Able Flight, which uses scholarships to help disabled folks learn to fly. They’ll be awarding wings to several new Sport Pilots at a ceremony in the main Phillips 66 Plaza. Director Charles Stites presents very professionally and is supported by major sponsors, which now includes Sennheiser, the full-line headset maker (that also helps support this website).

*** Alphabet Gobbledegook Update: ADS-B means Automatic Dependent Surveillance-Broadcast and it will replace radar as the main hardware for controlling airspace. It’s part of FAA much-delayed NextGen program… and it’s coming to LSA, thankfully at fairly reasonable prices. Dynon announced its own box for $995 a remotely-mounted device that provides traffic and subscription-free weather for display on the SkyView. *** Garmin has introduced a suite of certified and portable ADS-B solutions but LSA owners will focus on the portable GDL 39, which combines a dual-link ADS-B receiver and a GPS receiver into a single product that streams ADS-B traffic and subscription-free weather information to popular Garmin aviation portable GPS units (example: aera) or the Garmin Pilot app on an iPad, iPhone or Android device for $799. Newer Garmin devices get this via Bluetooth; older models via cable. *** Dual Aviation will be showing its new ADS-B Weather & Traffic Receiver for use with the Apple and Android tablets. Their “coming soon” XGPS170 is expected to be a modest cost device as the company sells all sorts of electronic gear. All three products from LSA-friendly suppliers bring the once-sky-high price of ADS within reach of more modest budgets.

*** As I wrote recently, I’ll be very anxious to see the Just Aircraft model with the long gear legs and dual segment automatic slats. It’ll be flying in the Lightplane (formerly Ultralight) area and no doubt I’ll uncover more cool aircraft or flying gear in that charming area of the big event.