The Flight Design team speaks to journalists at AirVenture as they describe new offerings from the LSA market leader. 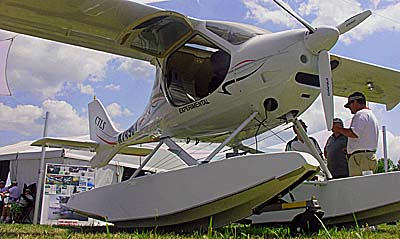 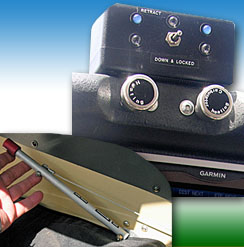 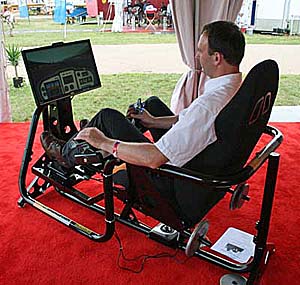 Flight Design has maintained their substantial lead in market share partly through a strategy of steady innovation. The German company and its U.S. partners regularly develop new products and introduce them with pizzazz. The company’s press conference and exhibit space at Oshkosh 2010 revealed this methodology. *** AirVenture visitors got to examine the CTLS Lite on amphibious floats. CTLS Lite — unveiled at a significantly-reduced price and dramatically-reduced empty weight — was introduced only three months earlier at Sun ‘n Fun. By Oshkosh 2010, that new model sat atop amphib floats that have already recorded a number of flights from water and land. *** The floats are from Clamar and were developed in concert with Flight Design distributor Airtime Aviation of Tulsa, Oklahoma, arguably the nation’s largest dealer of LSA. “The Clamar floats match the structure and the feel of the Flight Design planes,” said Tom Peghiny, president of importer Flight Design USA. Airtime Aviation indicated the system is presently available only for the CTLS model but work has started to add floats to the CTsw model from Flight Design; hundreds are flying worldwide. *** The Clamar float system is constructed from carbon fiber, kevlar and S-glass, which the developer says “make the floats substantially lighter in overall weight than aluminum or composite floats of same displacement.” Gear movements are produced by an all-electric 12-volt system. A visual notification system for gear position (photo) is standard and audio gear warning is available at extra cost. *** Another interesting offering involved a near-full-motion simulator for training. But this one costs only a few thousand making it much more affordable to flight schools. Developed by a Canadian company, Dreamflyer™ uses a deceptively simple yet clever mechanism to capture the motion based on simple gravitational movements of the chair initiated by the user in response to the views on the screen. By using gravitational force to generate motions, Dreamflyer™ eliminates the need for and costly maintenance of hydraulics and motors. *** Staying ahead of the competition by sheer inventiveness, Flight Design remains a company to watch.