In the earliest Light-Sport Aircraft days, nearly 70% of available models came from Europe. Slowly but steadily, U.S. producers emerged as did importers for aircraft from other countries. That continues but a parallel development occurred. International manufacturers established American operations that often lead to some level of manufacturing. 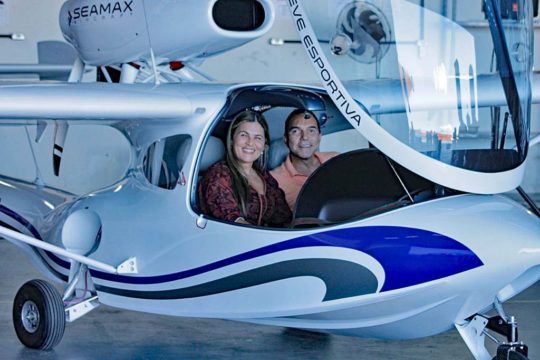 Joining the movement, Seamax Aircraft announced the launch of the company assembly operations in the USA. Fabrication remains in Brazil but large and small components are shipped to Datona Beach, Florida, where the company’s U.S. operation assembles the full airplane near the campus of Embry Riddle, the world’s largest aeronautical university.

“In pandemic times, while most businesses are holding tight on their seatbelts, Seamax makes a bold statement to the American market by adding an ‘assembled in the USA’ tag to their superior performance aircraft,” reported U.S. representative Shalom Confessor. The company said they have been planning this move for the past three years, following extensive market research and engineering upgrades. The join-up has been good for each side, experience has shown. 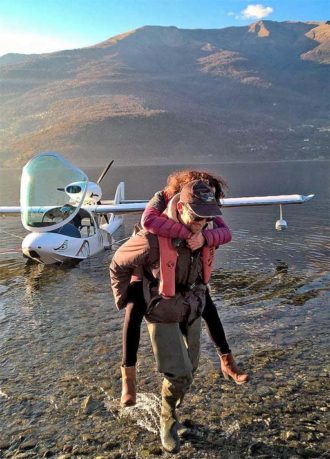 Seamax officials have made good use of their location at Research Park, part of Embry-Riddle Aeronautical University (ERAU), “where some 100 students, both graduate, and undergraduate students tutored by business professors, prepared comprehensive business assessments,” reported Shalom. The work provided useful intelligence for Seamax but also offered real-life, real-time experience for students and faculty.

While this evaluation was ongoing, engineers lead by designer Miguel Rosario developed new features for the M-22 to match the American market. One such was a new all-glass Garmin cockpit. Work also allowed Seamax to retain their FAA approval while adding the fuel-injected Rotax 912 iS engine. Seamax combined these elements as it delivered its first IFR-capable Seamax to a veteran fighter pilot customer with experience flying as captain of Boeing 767s for a major U.S. airline.

“With Seamax enhanced for the American market,” Shalom continued, “the company strengthened its brand and presence in the USA by adding the assembly operations, which brings factory-level support, maintenance, spare parts inventory, and training capabilities to the USA.” Embry Riddle is based at the main Daytona Beach airport where Seamax’s  new assembly building is located. ERAU’s Research Park incubator area recently added a new taxiway to provide convenient access to company facilities. 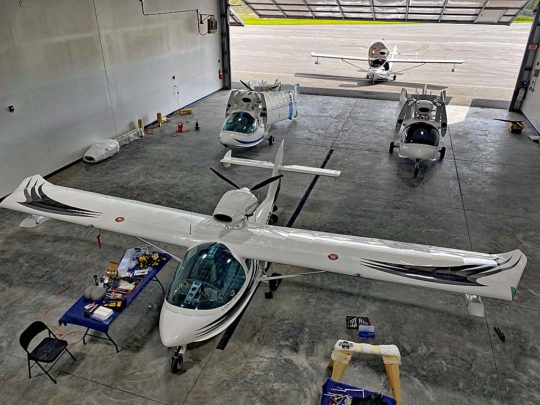 Get full specifications for Seamax M-22 from the U.S. representative.

SEAMAX M-22 is flying in more than 20 countries, and holds certification in a dozen countries since manufacturing began in 2000. After 20 years of continuous engineering improvement, the product is mature enough to allow the company to transfer technology to the United States. “We took a conservative, gradual, and very well-planned approach to U.S. manufacturing,” observed Shalom, the company’s Executive Director for the United States.

Company CEO, Dr. Gilberto Trivelato, said “Assembling Seamax in America will allow the company to further develop the Seamax M-22 aircraft and to further accelerate our technology and business capabilities in future developments and projects.”

From January 28 to 30 of 2021, the city of DeLand, FL will host its Sport Aviation Showcase 2021 event and the Daytona company signed on as an Elite sponsor. 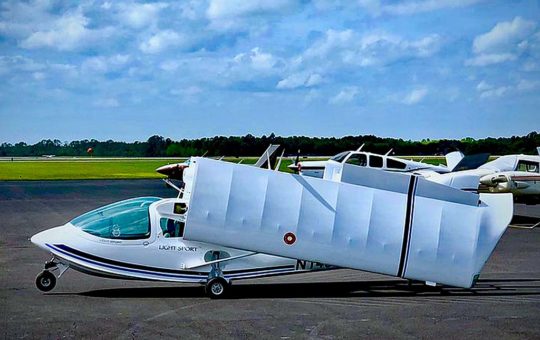 “This is the fourth year in a row that Seamax will exhibit the M-22 in this great show with the presence of our Brazilian team,” added Shalom. “We will be right in the middle of the show at our traditional booth #71.”

The DeLand Sport Aviation Showcase (DSAS) was held in November for its first four years but had to reschedule for January to avoid conflicts associated with Covid.

I’ll be attending as I have every year — I hope to see many of you as well. We can all check out the new Made-in-the-USA Seamax M-22 along with a solid roster of other aircraft and aviation equipment providers.

Learn more about Seamax from designer Miguel Rosario and U.S. Director Shalom Confessor in this video.