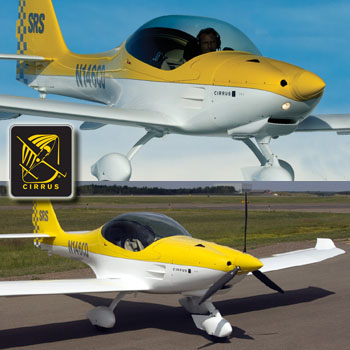 Cirrus captured attention and nearly 100 orders on the day they went public with order taking on the SRS. But more than a dozen new Light-Sport Aircraft also showed.

SEBRING 2008 — Opening day started fast with press announcements from Cirrus — the GA company started taking orders for their SRS — and from Flight Design as the company unveiled their much-anticipated CTLS. But that was hardly all as the fourth Sebring Expo got going. I found a dozen newsworthy airplanes at the event and I may have missed some (I’ll keep searching). *** Gobosh introduced the 800XP, a sleek composite companion to the metal 700S. Sport Aircraft Works offered their just approved Dynamic LSA with fixed gear and prop. Skykits showed their shiny new Rampage with electric slots and Fowler flaps, and Urban Air USA showed their Lamabada LSA motorglider for the first time at a U.S. airshow. SportairUSA revealed their third generation Sting S3 with a new wing design and other updates. Jabiru USA showed their newly certified J230 with its higher aspect ratio wing. Tecnam brought the one-and-only Eaglet with a new instrument panel. Rans had their previously seen but now approved S-19 SLSA. Newcomer Paradise revealed their P-1, a design never seen outside of Brazil. S-Wing USA brought their newly approved wide-cockpit S-Wing. And SeaMax USA had their freshly certified SeaMax composite LSA flying boat; they delivered to their first customer just before Sebring. We also welcomed the return of the low priced X-Air, which is currently working on SLSA approval. *** One attention getter was Interplane’s single seat Part 103 composite, the ZJ Viera. The innovative ultralight is the genuine article weighing in well below the max empty weight of 254 pounds. *** Finally, the launch of our FIRM List has brought several new updates from visitors who sent names for us to verify. Thanks for helping us grow this warmly-received directory.