Wings & Strings 2000 was a success for both flying enthusiasts and Americana music fans. 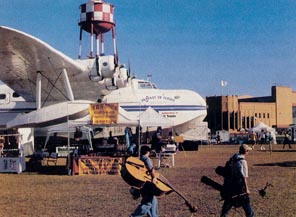 The Sunderland seaplane sits on the grass at Florida’s Fantasy of Flight tourist attraction, which is not far from Disney World. 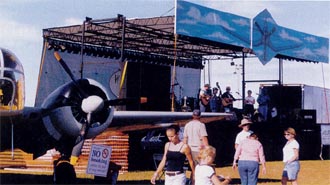 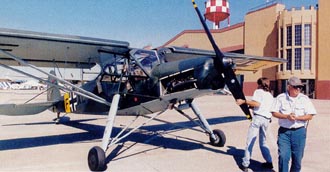 An authentic German Storch like the one that rescued Mussolini from a mountaintop during WW-II sits on the ramp at Fantasy of Flight. A gun faces rearward for protection. 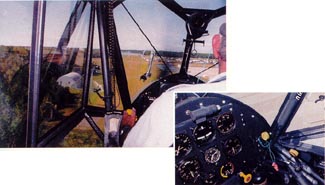 The Storch photo plane returns to land on one of two long turf runways. Richard Johnson is at the controls. (Above Left)
The Storch has been carefully restored to original condition. Even the panel placards are hand-lettered in German. (Below Right)