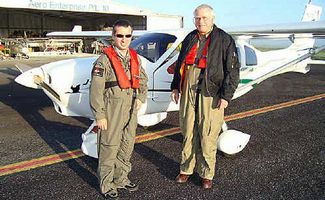 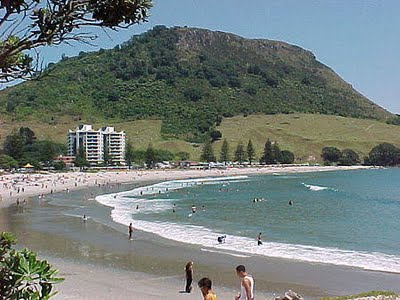 The newspaper Bay Of Plenty Times just posted a story bylined by Julia Proverbs that the popular Australian SLSA Jabiru has migrated to its down-under neighbor New Zealand. A flight school run by Euroflight International of Tauranga, (north island) just bought and flew two Jabiru LSA models to replace the school’s aging Cessna 150s. *** Pilots Tim Holland and Ross Crawford made the formation flight of around 1500 nm over the Tasman Sea in a new J230 and a slightly used J120 . *** Gutsy Call Dept: Holland reportedly doesn’t swim! Talk about confidence in your aircraft. (SAT phones, rafts and other survival gear were on board, so we know he’s not completely crazy). *** “Earlier this year , we decided to upgrade our fleet,” said Holland’s wife, *** Euroflight co-owner Anita Holland. “We were looking for something which would make flight training safe, affordable and fun…(and decided on a) composite aircraft …due to strength, durability and no risk of the dreaded corrosion. *** The delivery makes the Jabiru the first LSA to be registered in NZ, fresh on the heels of the Light Sport category just being officially adopted in Kiwi country. *** In the article, the Jabiru were praised, in the face of local fuel prices that have quadrupled, as higher-performing, cheaper-flying flight training alternatives to their fleet of Cessna 150s. *** Tim Holland was quoted as saying he looks forward to offering lessons at 1999 prices again. *** —photos courtesy Jabiru Aircraft and homeexchange.com