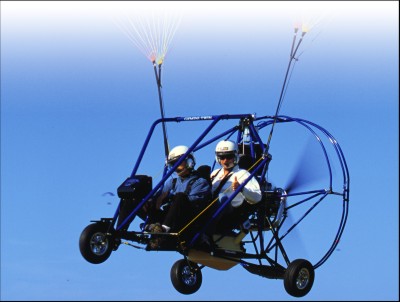 Help! I Wasn’t Registered by September 1.

Be at least 17 years old (16 for glider or balloon).
Obtain a copy of their ultralight pilot records from the FAA-recognized organization with which they are registered.
Hold either a third-class (or higher) medical certificate or a valid U.S. driver’s license (provided the individual’s last medical certificate, if one was applied for, was not denied, revoked, or suspended).
Pass an FAA sport pilot knowledge test administered by an FAA testing facility.
Pass an FAA sport pilot practical test, which includes an oral and flight test administered by a sport pilot examiner (SPE) or sport pilot flight instructor examiner (SFIE).

Ultralight Flight Instructors
Ultralight flight instructors (UFIs) who were registered with an FAA-recognized training exemption holder on or before September 1, 2004, will receive credit for properly logged instructional hours in ultralights. UFIs wishing to transition must do so no later than January 31, 2008, the date when all ultralight exemptions expire. For UFIs who transition by that date, FAA’s only requirement will be for them to demonstrate that they have the knowledge and ability to exercise the privileges of a sport pilot flight instructor by taking the knowledge and practical test.
Pilots wishing to be certificated as sport pilot certified flight instructors (SP-CFIs) must:

Be at least 18 years old.
Obtain a copy of their ultralight pilot records from the FAA-recognized organization with which they are registered.
Meet minimum flight time requirements for the applicable category of LSA.
Have a current and valid sport pilot certificate or higher.
Pass an FAA sport pilot flight instructor knowledge test administered by an FAA testing facility.
Pass an FAA sport pilot flight instructor practical test, which includes oral and flight tests administered by a SFIE.

Ultralight Vehicles
Single-place ultralights that do not meet the limits of FAR Part 103 now have the opportunity to transition to LSA status. Specifically, those aircraft will transition to the experimental light-sport aircraft (E-LSA) category. The owner of the aircraft does not need to show that he or she has built any part of the aircraft. Rather, the aircraft must undergo a one-time inspection by a designated airworthiness representative (DAR) to verify that the aircraft is in acceptable condition for safe flight. The aircraft will be issued an N-number and an airworthiness certificate in the E-LSA category.
FAA will begin accepting applications for N-numbers on October 1, 2004. To obtain an N-number, you must complete FAA Form 8050-1, which is available from your local Flight Standards District Office (FSDO), and FAA Form 8050-88A (an affidavit form), which will be available online at http://afs600.faa.gov. Note, however, once an aircraft owner receives the N-number from FAA, the aircraft cannot be flown until it is inspected and receives an airworthiness certificate. The first E-LSA airworthiness certificates will not be issued until January 1, 2005, so time the receipt of your N-number accordingly. It can take from 45 to 60 days to receive an N-number. Note also that you must have your N-number before the aircraft can be inspected to receive its airworthiness certificate.
After that, the aircraft must undergo an annual condition inspection, which must be noted in the aircraft’s logbook. The owner of the aircraft can conduct that condition inspection, if he or she has attended a 16-hour course applicable to that make/model aircraft set. The owner can do any maintenance as well.
Single-place ultralight vehicles that do not meet FAR 103 must obtain an E-LSA airworthiness certificate by January 31, 2008, to continue to be flown legally by a sport pilot.
Here are the easy steps to convert your ultralight to an experimental light-sport aircraft:

Apply for an N-number.
Prepare a weight and balance report for your aircraft.
Install an emergency locator transmitter (ELT) on all two-seat airplanes (not required for powered parachutes and weight-shift aircraft); ELTs are optional on single-seaters.
Prepare your ultralight for inspection.
Make an appointment with an FAA Airworthiness Inspector or a DAR. Check www.eaa.org or call 888/EAAINFO (888/322-4636) to find the nearest DAR.
Have your N-number and get your aircraft inspected.

After January 31, 2010, only aircraft certificated in the special light-sport aircraft category can be used for flight instruction. The deadline for the use of previous two-seat trainers was extended until that date to allow for the manufacture of special LSAs to be more fully developed and to allow instructors to amortize the expense of their training vehicle over a greater time period.
EAA Can Help
EAA has designed programs to help you easily transition from ultralight to sport pilot. EAA Aviation Information Services staff can help-e-mail info@eaa.org or call 877/359-1232.