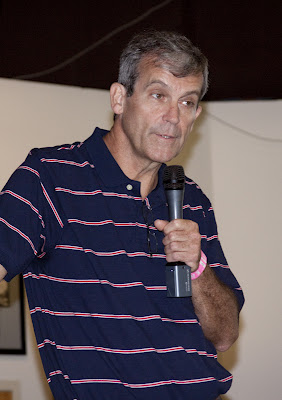 Dr. Richard McGlaughlin gave a stirring account of his BRS airframe ‘chute save that delivered him and his daughter to safety after a catastrophic engine failure… over the water in the Bahamas. 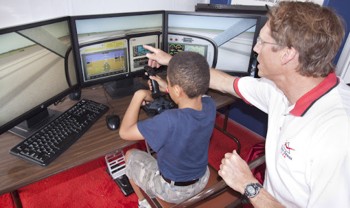 Jeff Burnett of Flight Design helps a future pilot with the Gleim simulator which will soon be available for dealers and home use. 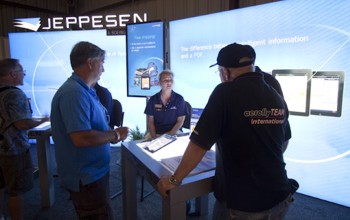 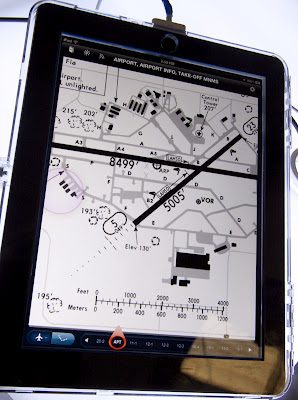 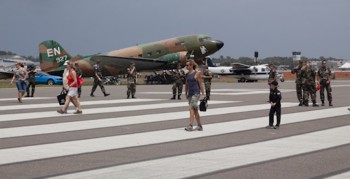 Attendance was down this year. Yet exhibitors weren’t complaining, as attendees came with checkbooks ready and several LSA dealers reported sales. 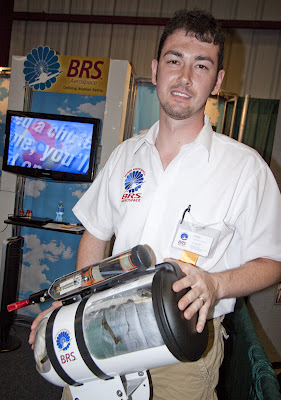 Derek Kuefler of BRS Aerospace and one model of the company’s airframe parachute which has saved 276 aircraft and their occupants to date. Fascinating stat: Of the 30,000 BRS systems installed over 30 years, 1 in 125 has been  deployed! That’s across all kinds of aircraft and events… hard to argue that any aircraft wouldn’t be safer with a ‘chute on board 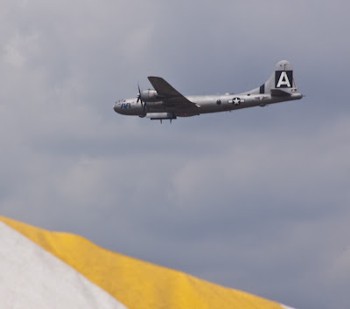 The only airplane to ever drop an atomic bomb: The amazing B-29. 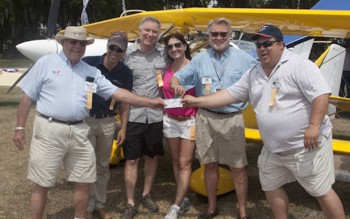 Left to right, Jon Hansen, Peter Funk, and Craig, Gigi, and Jerrell C Bartow, the happy new owners of the first Lycoming-powered FK-12 Comet to be sold in America, hand over the check to Jon and “Doc” Bailey, right, head of Renegade Light Sport, which is doing the developmental and installation groundwork for the Lycoming IO-233 in is normally aspirated and fuel injected forms for many LSA makers, including Renegade’s Falcon tricycle and taildragger composite S-LSA. Peter Funk is the highly creative designer of the Comet and FK series of light aircraft.

Photo Wrap Up: Some other stories that will get fleshed out down the road here and in the magazine. Sun ‘n Fun ends tomorrow. Long Live Sun ‘n Fun.