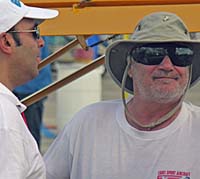 You probably don’t know his face, but you may recognize the voice of my favorite videographer. 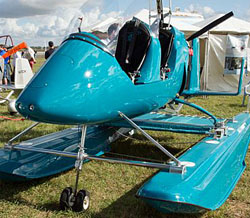 Tecnam’s handsome P2008, now with both Rotax 912 iS engine and FlyCool’s air conditioning. 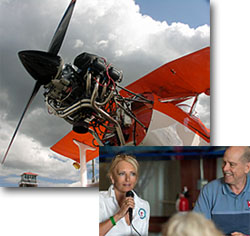 Famed aerobatic performer Patty Wagstaff is considering flying a routine in a Light-Sport Aircraft, she confirmed in an interview. One she’ll consider is this FK12 Comet with the inverted-capable Lycoming O-233 engine. 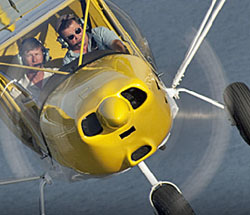 Tenn-Air’s CH-750 Jabiru-powered kit is similar to many LSA that work well in a flight school. We spoke with several sellers who report higher time LSA doing just that. 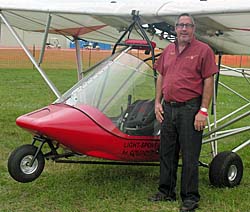 Paul Mather’s M-Squared uses this Breese 2 in regular training. He provided a detailed accounting to show how he’s making money with it. 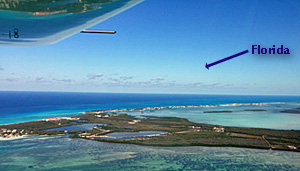 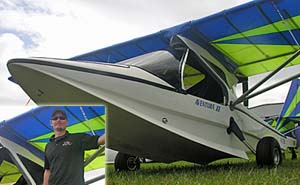 The time-proven Aventura amphibian is now under new ownership, lead by Alex Rolinski. 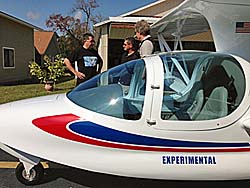 Preparing for Sebring, four days of the show, and a LSA flight over the ocean can fill your days to the brim … and all of that is truly excellent. January used to be a month of flying doldrums but since Sebring started nine years ago, the month has turned into one of the most active for light plane enthusiasts. ByDanJohnson.com reflects this with increased and growing traffic. January 2013 looks to set a new all-time record and that comes on the heels of a record 2012. Thanks for your loyal visits; we’re happy to be providing the news and videos you want.

Speaking of coverage, thanks a billion to James Lawrence, who provided daily updates along with his superb photos from Sebring while I was running around with other duties. The good news is we’ve already posted four videos and several more will follow, thanks to the excellent work by my partner-in-video, creator of the popular Ultralight News YouTube channel. In this article, I’m going to tempt you by quickly highlighting some of what was noteworthy at Sebring 2013. I’ll also give a brief review of the third-annual LSA fly-out to the Bahamas.

We saw several aircraft not before viewed at Sebring: Golden Avio’s F30 (video posted); the modestly priced Groppo Trail (video); an amphibian gyrocopter (video coming); the Sam LS (video here), and a Tecnam P2008 with the new Rotax 912 iS engine and FlyCool air conditioning installed. World showed their new $85,000 Vision LT. And I was given a special briefing on an airplane that I’m not yet at liberty to discuss but which shows that although the number of new SLSA may have slowed, the intensity of innovation is far from over.

Tecnam lead the show in the number of aircraft they had on display and that doesn’t even include their popular Twin Rotax model nor their four seater and other larger aircraft. Their P2008 now featuring the latest technologies is one of the prettiest LSA in the fleet (though that’s a personal feeling, of course). Also from Italy is the Golden Avio F30, the final design from Italian aviation legend Stelio Frati who achieved worldwide fame for his Falco F8L.

Tecnam and World have announced low priced LSA to join the ever-popular Aerotrek in the sub-$90,000 (or sub-$80,000) range, proving that Light-Sport Aircraft are not all more expensive as some pilots still insist. Yes, several deluxe models go for more than $150,000 but these beauties are loaded with fancy features like autopilots, full glass screens, airframe parachutes, and more. Another lower priced entry we’ll be watching is the Groppo Trail forecast at $85-90,000. In another realm is the soon-to-be aerobatic FK12 Comet with the inverted-capable Lycoming engine.

While too-many underinformed pilots still feel LSA are “too expensive,” others are continuing to claim that “LSA can’t hold up in a flight school environment,” that they’re built too lightly for the rigors of instruction. UltralightNews and I did a series of video vignettes as we spoke with several aircraft manufacturers who gave us information about higher time LSA that are doing just fine training new students to fly. We’ll post that video when the editing work is complete.

One of the companies we talked to was M-Squared Aircraft. Proprietor Paul Mather took the time right at the show to detail his own experience with a trainer that shows the facts in numbers that we heard from all these purveyors: given the purchase price and what a trainer can earn, less its operation and maintenance expenses can yield a Light-Sport Aircraft that holds its value quite well and can produce earnings for its operator. That students love flying in new flying machines as opposed to tired, worn-out, 40-year-old GA aircraft is no surprise.

Not only do students get to fly in new aircraft that look and smell new, they also get the benefit of modern equipment similar to what might be in aircraft they buy once their training is complete. Lots of the LSA trainers we examined for our video have glass cockpits that help a student pilot learn the technology while he or she practices landings, stalls, turns, cross country flights, and most of the same maneuvers any Private Pilot candidate learns while flying in a Cessna 172, one of the more common trainers in use today. That the LSA makes less noise and uses less than half the fuel — and probably lower-priced, cleaner-burning MoGas — is icing on the cake.

We used to announced two or three new SLSA models each month for what seemed years. That’s how we’ve arrived at 130 models so far. Now, another such wave of innovation and creativity seems to be showing itself in seaplanes. I’ve written before about the wave of new waterborne aircraft and I remain impressed at their diversity and sheer numbers. Besides the first amphibious gyroplane I’ve ever seen, familiar names like the Aventura soldier on, now with new ownership in the person of Alex Rolinski. We’ll post a video about him before long.

The Sebring show ended with a mass departure of a flock of aircraft that flew off to the Bahamas with yours truly among the group. Jim Lawrence has written about this and illustrated his words with his great photos (articles appear below). After we all returned, he and fellow aviation writer Dave Unwin zoomed around Florida capturing more experiences and photos for future writing in magazines. Dave is part of our editorial group at ByDanJohnson.com and we’ll have more from him in the future. So, that’s a very fast — and surely incomplete (regrets to any I missed) — tour of just some of what I saw at Sebring. I’ll be writing more details in the days ahead (and I’ll catch any I missed). Click back soon! Thanks again for your frequent visits.