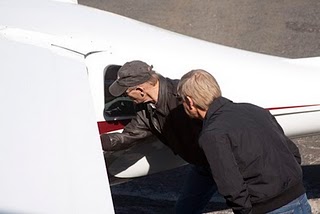 Even the well-intentioned can compromise a good preflight 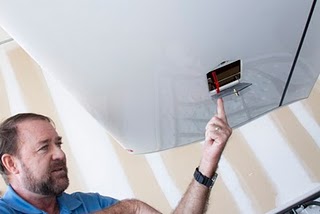 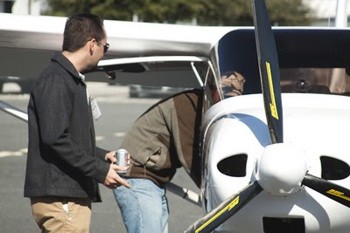 As I preflighted a rental J3 Cub last fall, an older gent, kind of scruffy looking, was keeping me company, though we’d never met. *** A pilot and airport regular, he quickly revealed his belief about preflighting in general. “Aw,” he said, rubbing his grizzled chin, “just go. It’s a Cub, it’s fine, just get in it and takeoff.” I looked at him, wondering if he was kidding. He wasn’t. *** “Well, thanks… I think…,” I replied, mildly annoyed, “but I think I’ll just finish up here if you don’t mind.” *** “Naw,” he said, waving at the air, “just jump in and go; it’s alright.” *** I ignored him and his distracting insistence, wondering what his game was. *** We didn’t know each other. He had no reason, or right for that matter, to try and persuade me to skip a vital part of good airmanship practice. Perhaps, I thought, he’s an angel sent to cement my determination to do things right. See, I get excited about flying. I tend to want to rush through the essential but boring stuff, like a proper preflight, and get to the fun stuff, like grabbing some air. *** So I have to consciously discipline myself to slow down and do things right — hitting all the points on a checklist is another example — otherwise I might scatterbrain myself into an emergency. *** And who thinks trading off that five or ten minutes on the ground is worth the minutes of sheer airborne panic or the hours of fixing whatever went wrong that can come of it? ***  Case in point: I learned to take preflight seriously in my hang gliding days in the early ’70s. More than once, I personally witnessed pilots assemble their gliders on a high mountain ridge, check everything over, climb into their harness, walk to the launch… then charge off the hill, only to discover in sheer terror they’d forgotten the most essential part of pre-launch hang gliding: to hook the harness to the glider! *** Hanging helpless by their hands from the bottom of the control bar, the glider, catastrophically weighted well forward of CG, would plummet toward the ground at a negative 30 degree or more angle. *** I know, it sounds stupid: who would forget to hook in, after all? You’d be amazed. *** Many veteran pilots and newbies alike get so comfortable, so casual, they simply hurry to the launch, eager to get airborne, and forget to assure they are attached t the hang glider. To this day, I read now and then of a failure to attach harness to glider. *** Pilots may do everything right with the glider and their harness, but think they’re beyond needing to ask for a “hang check” — an important part of preflight where someone at launch holds the nose level so the pilot can lay prone and verify the harness and support straps aren’t tangled and that indeed the pilot is secured to the glider. *** I personally screamed at a pilot not long ago, seconds before he launched, that he wasn’t hooked on to his glider. I might have saved his life. *** Shook up by how close he’d come to disaster, he moved the glider away from launch and sat down to think long and hard about why he’d spaced out such an essential step. *** Skipping preflight for a Cub, or a SkyCatcher, or a Boeing 787, carries the same risk of catastrophe. Why court disaster? *** Back to my Cub preflight: I asked my “airport angel” why he would ever suggest someone skip a preflight? *** “Aw, it’s a Cub, it’s been flying for 60 years, nothing’s going to happen to it.” *** Giving him a look, thinking that a senior citizen like the Cub deserves even closer scrutiny, I gave him a look, politely disagreed and finished up, then went for a nice flight. *** After I landed, having thought about his casual indiscretion, I looked for him but he’d left. *** I did tell the guys who run the FBO that they had a guy wandering around the field spouting dangerous advice. What, I pondered, if he’d given the same spiel to some young, impressionable, easily-intimidated student pilot? *** Looking out for each other when we fly is an important piloting virtue. It doesn’t serve us, nor the flying community, to act like Top Gun loners who neither volunteer, nor accept, needed advice. *** The next time I see that dude, I’m going to both thank him for reinforcing my good habits, and ask him this: “What the hell do you think you’re doing suggesting that pilots skip preflights?” *** Because that kind of dumb thinking, plain and simple, is what gets pilots killed.