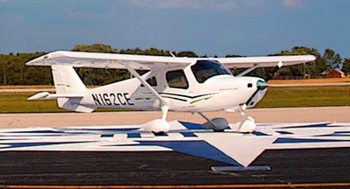 <> Jan Fridrich , head of Europe’s LAMA, just sent me some intriguing stats from his comprehensive data crunching of S-LSA (or overseas equivalents) official registrations up to now. *** Europe continues to lead overall numbers with just under 1850 total.  The U.S. tally is now over 1200. *** Sales have been light for the majority of the 70+ suppliers but there has been some shifting of position in the ranks.  The top ten U.S. sellers to date are: *** Flight Design (CTLS, MC) 316 *** American Legend (Piper Cub models) 156 *** CubCrafters  (Piper Cub models) 136 *** Tecnam (P2008, several others) 133 *** Czech Sport Aircraft (SportCruiser) 126 *** Remos (Remos GX) 121 *** Jabiru (J-230, -250 etc.) 96 *** Evektor (SportStar Max) 91 *** TL Ultralight (Sting S4, Sirius) 73 *** AMD (Zodiac models) 72 *** You may be interested in how the numbers fall for country of origin of all 3-axis S-LSA registered aircraft: The U.S. and Czech Republic each represent 26% of the total, with Germany right there at 25%.  Australia and Italy make up another 18%. *** Again this is registration data, not actual numbers produced, but is a good medium term data point for tracking the health of the industry. *** Noteworthy in these stats is CubCrafter’s climb to the third slot on the wings of a strong spring sales showing. *** Also moving up a notch ahead of Remos is Czech Sport Aircraft whose SportCruiser is now the PiperSport.   *** Also, kit airplanes as noted yesterday are doing relatively better than S-LSA on the short term at least with companies like Legend and Rans, which continues to steadily gain market share and is now 14th overall in registrations. *** Remos has been inexplicably quiet for awhile, more on that usually high-profile maker later. *** Finally, TL Ultralight also passed AMD (which has had airframe failure and redesign challenges). *** Beneath the radar as I said yesterday are the actual sales numbers.  FAA registrations which is the data Jan is massaging here will naturally lag behind. *** For example, I talked with Piper’s Chief Pilot Bart Jones who’s now involved with the PiperSport as well, and he confirmed Piper has sold “around 40” airplanes since January.  In this economy, that’s robust.   *** Sidenote: Piper’s dynamic CEO Kevin J. Gould resigned from his leadership of the company, part of a shuffle of the front office personnel.  No word on why he rode out of town.  I wish him well, I thought he was a strong and positive presence for the company but Imprimus, Piper’s controlling interest, apparently felt otherwise. *** To repeat from yesterday’s blog, an American LSA distributor told me he visited the Czech Sport Aircraft factory where PiperSports are built and saw 24 or more in various stages of assembly. *** Likewise Cessna, the other sleeping giant, is just ramping up delivery on its huge backorder log, which at one time was listed at more than 1,000.  No official word in the intervening three years from the Skycatcher’s test setbacks to first deliveries on how many of those orders may have been cancelled but no horror stories are flying about, so we should see strong registrations from both companies in the next six months, which will if nothing else boost industry morale. *** Of course nothing boosts the feel-goods more than seeing airplanes going out your own door, and that’s something that not many dealers can say just yet.  The prevailing mood seems to be wait-and-see among the buying public. *** Grateful thanks to Jan Fridrich for his inciteful latest report on the industry.