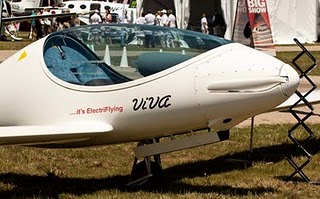 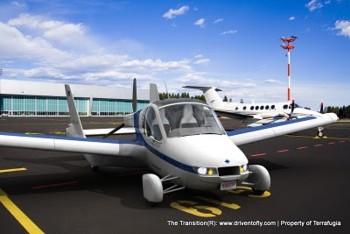 Recovering from the mud soup floods that crippled arrivals a few days ago (so many airplanes typically park on the grass), things began to dry out enough yesterday to bring robust opening day attendance, helped in large part by the beautiful weather.  Humidity was manageable, temps were in the mid-80s. *** A great start for EAA (which reportedly draws 45% of its yearly revenue from Airventure), with lots to see and talk about. *** Highlights: *** Yuneec, (which seriously needs to update its website), is the Chinese electric aircraft company that blew open the hangar doors of everybody’s electric flight dreams last year with the debut of the beautiful E-430 all-electric S-LSA.  They’ve guarded some tasty secrets since, which came to light yesterday. *** I spent a half hour with Managing Director Clive Coote to get updated, here are some highlights (more details down the road, and in my electric flight article which will run in a P&P issue this fall). *** <> The E430 will likely begin deliveries end of 2011 or early 2012. *** <> Many improvements big and small to the graceful design, including removable wingtip to shorten the span by 7 feet for easier hangaring; *** <> Two – not one but two – new electric aircraft have been acquired and will be part of the rapidly-expanding Yuneec product line.  Both come from noted German designer Martin Wezel: the two-seat, t-tail Viva motorglider, German designed, that will also be S-LSA, with some phenomenal specs, including a folding propeller that streamlines to the nose cone, and a 38:1 glide ratio!  More on that soon. *** <> The second new airplane is called the Apis 2.  It’s a single-seater with a retractable propeller pylon behind the pilot.  Here’s a brief profile on Yuneec that ran last week in the NY Times. *** <> Meanwhile Yuneec displayed the eSpyder, an electric-powered single-seat ultralight based on the FlightStar marketed by Flight Design’s Tom Peghiny that wowed the airshow crowds last year.  The e-Spyder is refined: longer wingspan, lighter structure…and twice the battery capacity. Clive Coote said flight times anticipated to be around an hour – the original projection when it debuted last year – and final price should be $27,995.  Still in development, deliveries next year also. *** <> Terrafugia had itsTransition Roadable Aircraft (“flying car” for us non-marketing types) on display.  The new model, which ditched the disappointing canard, sports a twin-tail boom design instead.  Here’s a rendering, they don’t have the full-scale mockup out yet. *** Current specs: *** Max, Vh: *** Cruise, Vc: *** Stall, Vs: *** Range: *** Takeoff: 100 kts (115 mph) *** 93 kts (105 mph) *** 45 kts (51 mph) *** 425 nmi (490 mi) *** 1700′ (518 m) over 50′ obstacle *** *** <> The boys at Midwest Sport Aviation showed off their Cheetah XLS, a tasty tube/fabric S-LSA which I hope to fly after the show.  Nice paint job!  *** <> The gang at Legend Cub had a good first two quarters although things inexplicably slowed down in June.  Enthusiasm for the new Cub Classic (under $100,000 – typically outfitted Legend Cubs go for upwards of $125,000) is yet to kick into high gear but company head Darin Hart says they’re doing a lot of kit business.  Consensus is if pilots have the moolah to buy a Cub, they’ll buy one fully tricked out.  Those more financially challenged (like myself) will typically find a used Cub or a rental at a local airport. *** <> Piper Aircraft reportedly sold 40 aircraft since announcing the PiperSport last January at Sebring.  One person who visited the Czech production facility saw 10 on the assembly line and another 12 ready to start. *** <> Those and other sales won’t show up on the radar until they’re actually registered.  FAA registration numbers for all S-LSA according to Jan Fridrich’s latest tally were a fairly weak 68…but actual sales seem to be significantly higher. *** <> Meanwhile, other significant news is coming in a couple days from a longtime LSA producer and LAMA…stay tuned for news on Thursday.