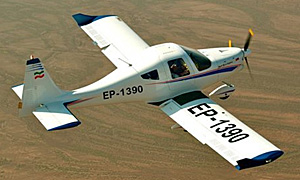 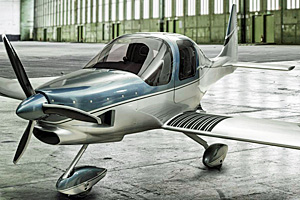 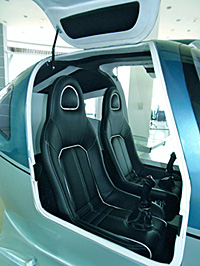 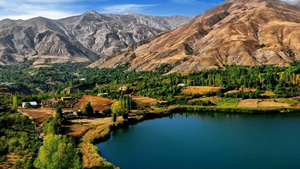 I wrote about Free Bird two years ago, to the surprise of many readers who thought, well … different things about Iran, most of them not very positive. We tend not to realize how media reporting and statements from government officials influence our views of a place like Iran. I don’t doubt that some of the crazy things we hear about do indeed happen. Yet I suspect the country is significantly composed of citizens that probably have little control over the direction their government chooses. So, with this update, I plan to tell you a little about what it’s like for the Dorna Aircraft Company to operate in a country like Iran. Think whatever you will, but you likely see attractive aircraft comparable to those from many countries.

“Oh, you want to see the Dorna Aircraft showroom,” a Tehran visitor might ask. “Ah, go to the Negar Tower and take the elevator to the 23rd floor.” According to marketing and business development point man for Dorna, Sajad Entesari, “I think it’s highest show room in region.” With his father Yaghoub, Dorna’s CEO, this family-run Iranian airplane producer has some struggles operating in the country, as you might expect. Sajad wrote, “Right now we have problems buying composite materials, engines, and avionics in Iran, but the main problem is because of the sanctions, which is [not] related to us because we are not a military or nuclear company! [Because of the sanctions we] can’t buy those things at an OEM price plus we have lost the global market for three years.” Still, they report selling 23 Blue Bird models and three Free Birds. The Blue Bird meets EASA’s certification specifications for a VLA (Very Light Aircraft). It is slightly faster, using the 115-horsepower Rotax 914 turbo engine but is clearly a sibling to the lighter, LSA-capable Free Bird that is powered by the 100-horsepower Rotax 912ULS.

Those economic sanctions bite and so does uncertainty … just as the latter problem causes challenges for businessmen in many western countries. “Since president Rohani [was elected] many things changed and everybody waits to see what happens next.” Regardless of the political headwinds, Dorna wants to enter U.S. and European markets. Their Free Bird (specs) is designed to meet ASTM standards used to gain acceptance for an SLSA. Dorna is aware of FAA auditing of LSA producers around the world. They indicate they can pave the way for FAA officials to come inspect their facility as needed, even arranging local cooperation as needed. They are also seeking investors for production in another country, where perhaps they would not be so restricted by the economic sanctions.

Sajad added, “In Iran many people love the American people and so many [Iranians] lived in or were educated in U.S., including our CEO. Yaghoub Antesary was educated in USA as an MBA student. He also got his bachelor of aeronautical engineering degree and Private Pilot license in America.” Put it all together and it begins to sound like any LSA company with ambitions for growth and product development. You can see more for yourself at their Facebook page; then, judge for yourself. Try as governments will to slow the pace, the spread of information is facilitated by the Internet. For companies like Dorna that are not multinational conglomerates, the Web is essential.