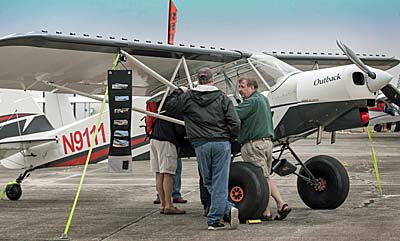 SportairUSA’s Outback wears its new name for the first time. 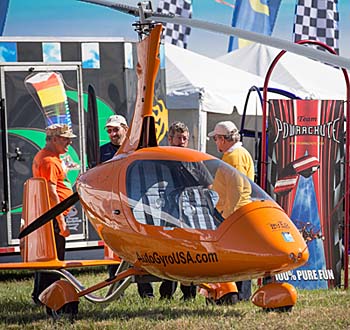 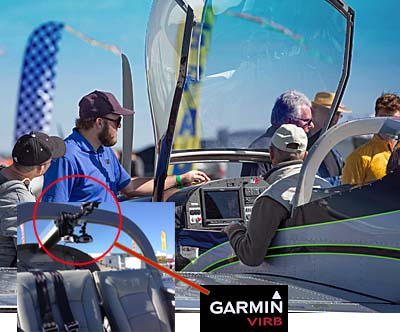 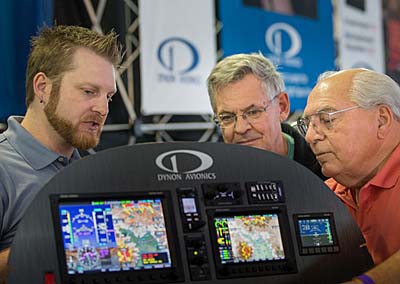 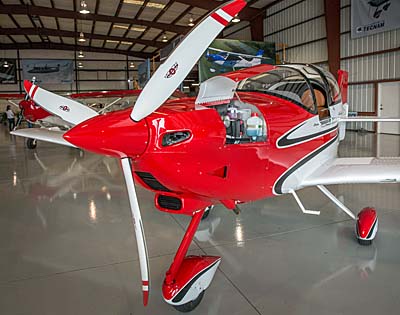 Sebring is history, which says the aviation year is now underway. On whole it was a good show and a solid start to 2015. Sebring’s weather was overcast and cool to start though even that didn’t seem to dampen buying enthusiasm. About a dozen airplanes were sold plus numerous vendors reported finding many good prospects. By Friday afternoon the skies went to deep blue and the Sunshine State earned its nickname.

While I write about the good news of Sebring, I want to pay respect to two fallen aviators. Dennis Day and Jason Spinks of the Aero Adventures company lost their lives in an unfortunate accident during the event. I offer my sincerest regret for this loss to their families and to the DeLand Airport business team.

As it has for several years, opening day of Expo wrapped up with the Light Aircraft Manufacturer’s Association (LAMA) annual dinner in the big Aviators Hot Line Show Center tent. A full dinner was served to nearly 300 business people and LAMA members. All seemed to enjoy an evening among airshow buddies sponsored by electric car builder Tesla Motors, engine developer ULPower, and publisher Aviators Hot Line. LAMA kept secret the participation of Tesla Motors by referring to its “glass panel,” “auto pilot,” and electric propulsion but many folks seemed to enjoy examining the specialty auto. Music was provided by the Flying Musicians Association and one of several highlights was honoring the birthdays of Expo executive director Jana Filip and founding director Bob Wood. (Such exquisite timing makes one wonder if they deliberately scheduled their event so everyone could help them celebrate.)

Some of those taildraggers, including AirCam and SportCub, could be seen on four wheels as Mead Floats exhibited their 1430 and 2200 floats for light aircraft. Four wheels come from hydraulic amphibious operation. Mead joins Paradise of Brazil, Tecnam of Italy, and several all-American Lockwood enterprises as permanent residents of the Sebring airport, fulfilling the decade-long goal of leasing all available space to aviation businesses.

Among winners were those who helped name the aircraft formerly known as Cub-S and iCub. First prize went to Antonio Speed of Titusville, Florida. He took home an iPad Air with Foreflight Mobile app software. Second prize went to David Bardwell who got an iPad Mini and third prize went to Rafael Cortes of Puerto Rico.

My video partner and I scooped up another 25 or so videos to join more than 400 available on YouTube and this website.

One of the most anticipated videos of all we did was a VPR or Video Pilot Report on the Van’s Aircraft RV-12 by Synergy equipped with a single large Garmin G3X Touch screen. We flew and tried to report on this popular airplane last year but the video and audio capture was not what we wanted so we arranged to try again this year.

Van’s reports more than 800 RV-12 kits (of around 9,000 RV models delivered) have been sold with more than 300 flying. Fully built RV-12s assembled by Synergy now number around 50 aircraft. The king of kit aircraft is making great headway into the LSA space.

The RV-12 filming experience was a total VIRBfest with our use of no less than eight Garmin Virb cameras, seven owned by our production effort and one supplied by Van’s pilot, Chris. According to Garmin, we are probably the largest user of Virb cameras and surely fitting eight of them must be some kind of record usage. The cockpit was actually a bit crowded with cameras but we think we got good material this time. Watch for the video after editing has been completed.

We also did a video first in our reporting of light aircraft. Watch for a video on a four-pound aircraft. OK, I’m teasing you. My Spruce Creek Fly-In airport neighbor and Legend Cub representative, Ron Bishop, is representing the DJI quadcopter fitted with an HD camera. At future airshows we may employ such an apparatus to capture aerial overviews of the event. As you can read in many places, these tiny drones have some impressive capability including being able to return to their takeoff spot autonomously should radio communication be lost. Even an RC novice like me can easily fly one of these gyro- and software-stabilized rigs. It was fun to experience; the video is in production.

With Sebring in the can for another year, our focus turns to Aero in Germany (April 15-18) followed only a couple days later by Sun ‘n Fun (April 21-26). Stay tuned for much more flying fun!