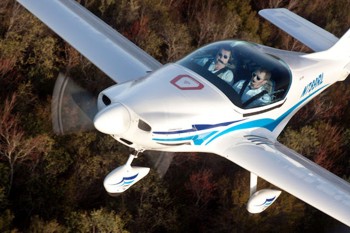 Roomy, sexy, great lines…it’s been awhile coming, but the Falcon is now in production. 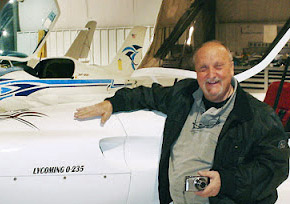 Packing up for Switzerland! 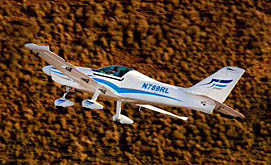 Just heard from “Doc” Bailey of the Renegade Light-Sport gang, who have taken over U.S. production of the sleek, muscular Falcon SLSA along with wrangling the new Lycoming 233 LSA series of engines.In mid-May, Doc says they’ll be introducing their latest US version of the Falcon, including the tailwheel to tricycle version which uses the same airframe. *** The entire plane is now made here in the US, and based on the constant attention and sales at Sebring, Renegade would seem to have a success on their hands. I’ll be flying it in the next few weeks: have been looking forward to that for some time.Meanwhile, Doc tells me, “We have just moved into our new 44,000 square foot facility here at Lee’s Summit (MO). Sometime I would like to give you a tour of our facility and then when and if you want to go to North Carolina I will take you to our new composite plant, (where) we hope to be making as many as six LSA airframes there soon for different ‘want to be Made in the USA’ vendors.” *** He says the new version of the Falcon will knock my socks off. That’s a tall order, I wear SmartWool socks. *** “We will be at Lakeland doing demo rides a few days before Sun ‘n Fun (March 27-April 1) — we will have three aircraft in the works to be flying before the show — so busy, busy, busy. *** The airplane I shot at Sebring, which you see here, just went off to Switzerland, representing Renegade’s first sale abroad. *** “Turn about’s fair play,” crows Doc, speaking of reversing the flow of LSA back across the Big Pond! *** The lucky owner is Manfred Wasser of Sweden. *** “He flew every LSA made in Europe,” says Doc. “When he climbed abroad our bird he wrote us a check on the spot. He flew over here especially to test fly it and when he got out the big grin overcame him. All pretenses of sales negotiations went out the window. He said how much, we told him, and his wife wrote the check.” *** Get me a wife like that! Manfred, according to Doc, is retired and plans to land on “every grass strip and every paved runway, published or not, in the entire continent of Europe in the next two years.” *** That sounds like a tall order and a whale of a good time…and a great way to sell airplanes, since he just became a dealer as well. *** As if that wasn’t enough news for one day, Doc Bailey, ever the voluble entrepreneur, tacked on this tidbit: any day now he’ll be receiving two Peter Funk Fk12 Comets from Germany, to have the new Lycoming 233, fully aerobatic light sport engines installed in them. The Hansen Air Group sells that airplane here in the states and are having Doc mount the engines to allow the sexy little bipe to do aerobatics: they’re prohibited for the Rotax engine, which it’s also rigged for. The Hansen booth was another constantly busy place at Sebring, that is one very cute airplane. *** I was all set to fly the Comet at Sebring when it blew a tire after our air-to-air shoot and was out for the rest of the show. That’s another one I’m going down early to Florida to fly before SnF, can’t wait. *** Mark your calendars for that show! The Air Force Thunderbirds will be there, along with a crackin’ good night fireworks air show.

Update 2/26/12 — Corrections on a couple mistakes in the 2/24/12 post on the Renegade Falcon and FK 12 Comet LSA biplane: *** The gentleman who bought the Falcon at Sebring is from Switzerland, not Sweden. *** The Comet with the Lycoming O-233 LSA engine, which is rated for aerobatics unlike the Rotax-powered version, will be marketed by both Renegade and Hansen Air Group. *** Mike Hansen told me not everyone who is interested in the Comet wants to do aerobatics in it. Some folks just love bipes, so the Hansens will also continue to sell the Rotax-powered version. —JL