For years, more than a decade, the U.S. gyroplane producer community tried to persuade FAA to allow fully built Special Light-Sport Aircraft gyroplanes into the USA. 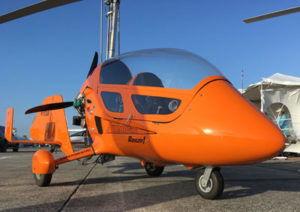 “No dice,” said FAA! With perspective, it turned out only a small group was opposed but so strong was their hand at the time that FAA leadership could not break the logjam. Now, that appears to be solved. I write “appears” as we won’t know for certain until FAA releases their NPRM on the program widely known as MOSAIC. Best guess, this won’t come for at least a couple more years but the plans inside FAA are maintaining support at the highest levels of the agency and that gyroplane logjam definitely appears to be loosening. Amen! That was a long time coming.

Maybe you don’t care. Maybe you aren’t interested in rotor-winged aircraft. I didn’t think I was either until I flew a few of these and most recently got some worthy instruction from Greg Spicola, who does gyro flight instruction and transition training for SilverLight. 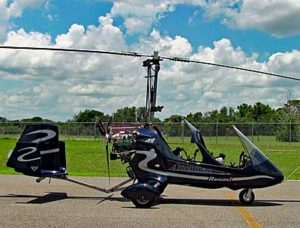 Abid Farooqui‘s SilverLight Aviation is an emerging force in gyroplanes, adding to a growing list of American producers that got back into the game after the Europeans put their mark on these spinning-wing aircraft. SilverLight is based alongside the Zephyr Hills, Florida airport affectionately known to its many sport aircraft users as “Z-Hills.”

In earlier times, Bensen Gryocopter led development of these aircraft, although other developers were also active. A well-known gyro pilot name Ken Brock did impressive and convincing airshow routines that showcased the capability of these small flying machines. Interest began to bubble but so did some problems.

In those days, the tailplane of gyros of the day was small and, in less experienced hands, some accidents and losses of life occurred. Aviation media may have exaggerated the danger but the damage was done and gyros retreated from visibility, even as a small cadre of enthusiasts kept the segment alive. 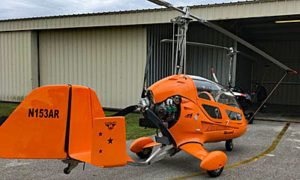 Along came European developers like Italy’s Magni Gyro and Germany’s AutoGyro, followed by several others. They made numerous improvements but among them was the now-standard tailplane located further aft and with more vertical area. That and better pilot preparation resulted in a much better safety record and European pilots began to embrace these aircraft.

Sales took off, so much so that leading engine producer Rotax reported more 9-series engines were being sold to gyroplane builders than any other aircraft subgroup. American entrepreneurs took note, Abid Farooqui’s SilverLight among them. 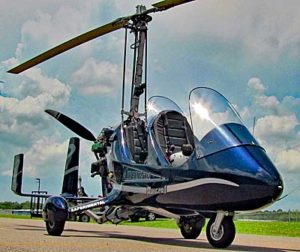 The video below conveys more information I learned in a training session with Greg in the fully enclosed AR-1 Ranger from SilverLight. The short answer is that fixed wing pilots will find more similarities than differences when they sample a gyroplane following years of flying conventional aircraft.

Certainly, pilots with no rotary experience need transition training. A few critical differences — such as making an abrupt taxi turn while the rotor still has a lot of spin and the use of power or pitch while aloft — clarify that these aircraft are not fixed wing machines. Nonetheless, you largely fly a gyroplane much like a fixed wing. Gyros are quite distinct from helicopters. 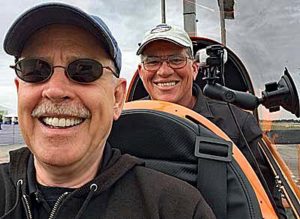 That said, FAA is to be commended for finally including fully built Special LSA gyroplanes in their proposed new regulation.

Given their general ease of operation, excellent performance in winds too strong for some light aircraft, compact storage in a hangar or trailer, and the relatively modest cost of acquiring a gyroplane, it seems likely we will see more of these aircraft in the years ahead.