You’ve seen this airplane before but recreational flying enthusiasts with a good memory may ask, “Hmm, that looks a lot like an older LSA …what is it?” 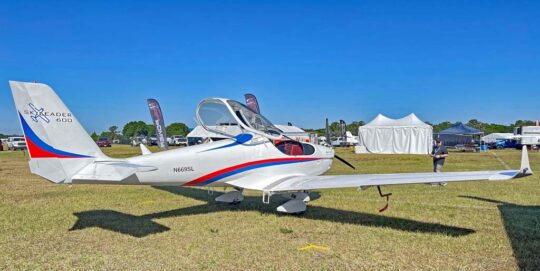 Those LSA veterans may be recalling Kappa KP5, one of the earliest entries on our SLSA List (#9). It was originally sold under the European brand name Jihlavan and that challenging name for Americans may be a good reason the Czech producer changed to the better marketing name, Skyleader.

For the last few years, Skyleader has been represented by Michael Tomazin doing business as Skyleader North America.

I caught up with Michael at Sun ‘n Fun 2021. He had flown the aircraft clear across the U.S. as he is based on the west coast, in Madera, California. You can hear his description of that jaunt in the video below. 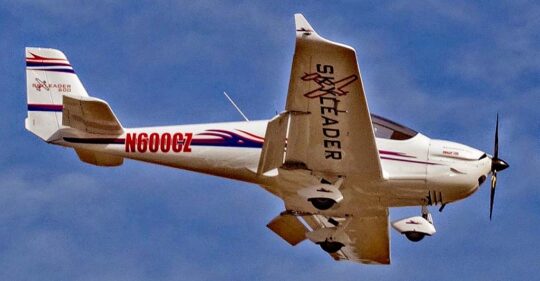 In the interview, Michael also provides other desirable features of the Skyleader 600.

Yet this airplane has a longer background in light aviation and I have reported on it some time back. While my 2008 pilot report is clearly not the latest information much of what I reported in this full-length pilot report remains useful.

That report is typical of what I was writing a decade and half ago. To put this in time perspective, Apple’s iPhone had just come out and no one knew what social media would become. Also, in those days, print magazine ruled the roost and online reporting as I was doing was just gaining genuine traction with readers. 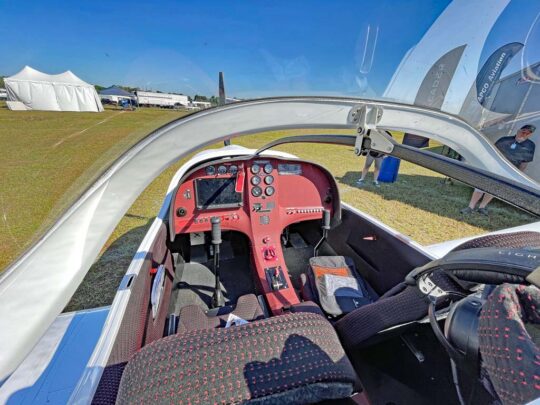 To save you plowing through a 4,200-word article — though some may enjoy the great detail — I present some excerpts below …again noting this that is not the latest info. To truly grasp what a fine Light-Sport Aircraft Skyleader 600 is, I urge to you link up with Michael Tomazin at an airshow. He attends the big events and you may also find him again at the Midwest LSA Expo that may be the very best event to attend if you’d like a demonstration flight. 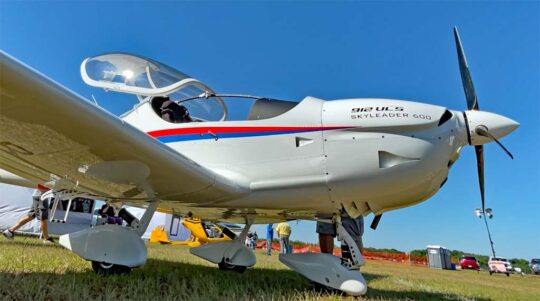 Several years ago, company engineers altered the design for American consumption, widening the cockpit to 47.2 inches, 8 inches wider than a Cessna 172 Skyhawk.

Harmony in the controls is quite good. Pressures are light and response is crisp without being sudden.

Although the [aircraft of that day] slows down well as proved by my experience with stalls, controls remain very responsive right down to minimum flying speeds. With those Fowler flaps extended well aft, the airplane seems content flying at 45 miles per hour (39 knots). 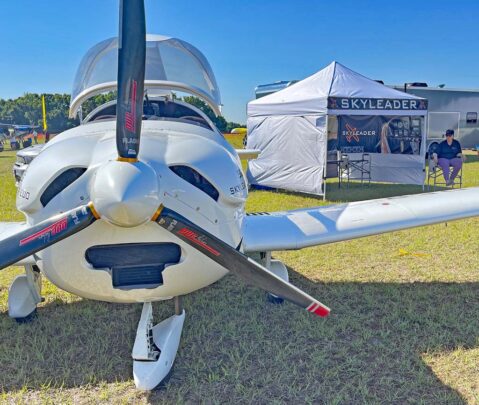 With fixed gear and prop, glide remains a very respectable 14:1 (for comparison, a Cessna 150 has a published glide of 9.5:1). I could feel our test plane stretch a glide and sink slowly.

Main gear is very forgiving and feels very sturdy. I had three landings [where the representative] said I tended to raise the nose unnecessarily high, which caused me to plop in on the gear. However, this showed how wonderfully well the gear cushioned my touchdowns.

I performed approach and departure stalls plus accelerated stalls. Most fell to the right a little faster than I’d consider optimal [please remember this was an airplane from 13 years ago], but recovery was always easy. In no case was power required to recover from stall with minimal altitude loss.

After noting the right-hand break, I paid extra attention when I did accelerated stalls to the right. But even with the wing bank at about 45°, the [earlier model] rolled out level, confirming the reasonable stall characteristics of this airplane. 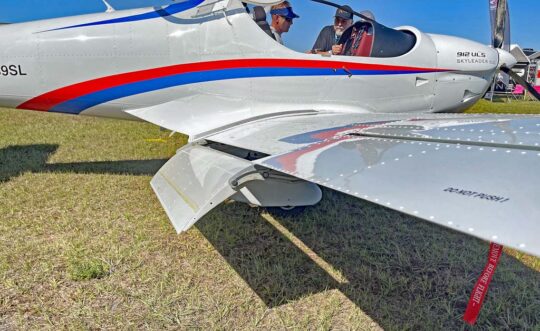 In accelerated stalls, a pronounced burbling identified incipient stall. This was less evident in straight-ahead stalls, but when the nose fell through it proved quite a benign action. All stalls came at very low speeds.

Checking longitudinal stability and disturbing the joystick significantly forward produced a dive speed of about 120 mph (per the Dynon set in mph). In just two oscillations, the [earlier model] had returned to essentially level flight.

Power stability showed that when power was reduced swiftly from level trimmed flight, the [earlier model] dove to 118 Dynon miles an hour… and then quickly leveled out. 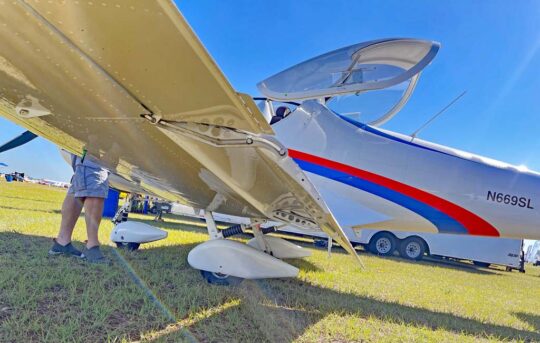 You can read the entire report for lots more information if you wish, but here’s the way I started the earlier report, “I’ve felt before and confirmed again that KP-5 (now Skyleader 500) is one of the sweetest handling Special Light-Sport Aircraft in the fleet.”

Skyleader 600 is a leading entry in the LSA space but Skyleader North America’s website lists a starting price of $119,595 (in late 2021), making it quite a good value for a high-end entry. The U.S. importer also sells other Skyleader models such as Skyleader 400 starting at $94,595 or the high-wing GP One model starting at $86,899. You will likely want to add options that raise your investment, but at the end of 2021, these are very agreeable — dare I say “affordable?” — prices.

Breaking News — Following up as this article was posted, Michael announced a 400-hour fast-build kit is offered with every component included. Engine, avionics, and wiring harnesses are additional as usual on a kit. A delivered in the USA price of $75,000 will get you well down the road. With avionics (about $14,000 for single screen Dynon, autopilot, ADS-B, transponder, and comm radio) plus engine may list complete for $110,000. All components are fabricagted using CNC machinery so fitting of parts is straightforward and error-free.

TECHNICAL SPECIFICATIONS
Skyleader 600
all data supplied by the manufacturer