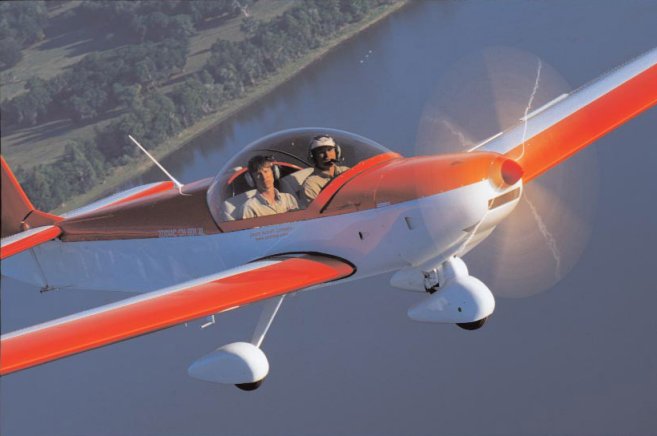 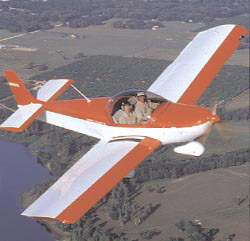 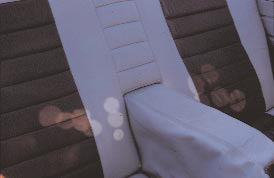 From this photo, you might think you’re looking at the interior of a racy sports car, but it’s actually the interior of the sport Zodiac CH 601XL, which should have nice appeal to folks who want an airplane that looks and feels a bit more modern. 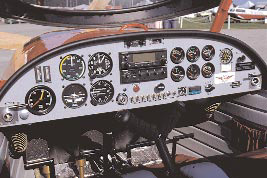 A center-mounted, Y-shaped control stick allows the pilot or co-pilot/passenger easy access to the stick. Dual throttles and carb heat pulls, along with a panel that’s entirely visible from either pilot position all add up to making the XL a reasonably able trainer aircraft as well.

Wheel pants on the XL serve to reduce drag|unless the nosewheel is slightly cocked in flight, as Dan Johnson learned during his flight test. The XL is also the first Zodiac model to use a Cessna/Wittman-style spring steel gear.

Large, electrically operated flaps help slow the 601XL to light-sport-aircraft-acceptable stall speeds (39 knots-44 mph-is the maximum stall speed for this proposed aircraft category). Zenith suggests that pilots lower the flaps so that passengers can step onto the wing easier to exit and enter the aircraft. The Zodiac line of aircraft pioneers the use of a “hinge-less” aileron system wherein the top skin of the aileron is riveted into the trailing edge of the wing and flexes to provide aileron deflection. At the same time, according to Zenith aircraft, it provides a very effective gap seal. 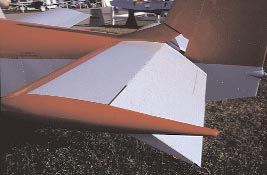 The elevator on the XL pivots on a piano hinge, while the elevator trim tab is adjusted electrically via a small motor mounted in the elevator.

This profile shot of the Zenith Zodiac CH 601XL gives a good view of the airfoil of the wing. The allmetal, two-seat, side-by-side aircraft meets the proposed light-sport aircraft parameters, making it a natural choice for sport pilots who like metal airplanes.

On the ground, we get another good look at the thickness of the airfoil on this aircraft. Note also the open canopy on the XL, which now flips forward, making it easier for pilot and passenger to get in the aircraft at the same time. Other models in the Zodiac line feature a canopy that opens to each side, but only one side can be open at a time. The one-piece, flip-up canopy also makes it easier to taxi with the canopy ajar to allow cooling air inside the cockpit. 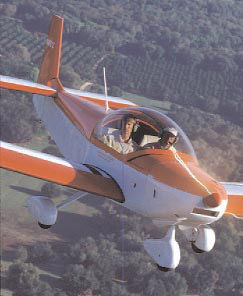 Chris Heintz’s Zodiac CH 601 XL design fits perfectly
Chris Heintz is a respected designer of light aircraft, and the
Zenith Aircraft Co., led by his sons Sebastian and Nick, is a successful
kit manufacturer with worldwide impact. The company’s
Zodiac line is a well-accepted series of aircraft with good performance
and handling. So, why did I think the Zodiacs were boring?
The answer’s simple—because they
look like little Piper Cherokees.
Now, both New Piper Aircraft and
Zenith make fine aircraft with
better-than-expected performance for
their class. But they’re just…well…conventional,
expected, familiar. They seem
to be a factory sedan at a sports car show.
A flight in the Zodiac XL with Nick
changed my view. I now have a better
understanding of the solid reputation of
this Canadian designer, this company,
and these aircraft. I greatly enjoyed the
hour Nick and I spent buzzing about the
central Florida landscape.